To share your memory on the wall of Tex Plummer, sign in using one of the following options:

Tex was the son of the late Harvey and Nancy (Glause) Plummer. He wa... Read More
Tex Alan Plummer, age 72 and a longtime Warsaw resident, passed away quietly on Wednesday, May 27, 2020 at 1:40 p.m. in Peabody Retirement Community, North Manchester.

Tex was the son of the late Harvey and Nancy (Glause) Plummer. He was a 1966 graduate of Larwill High School and entered into service with the United States Army on June 8, 1967. Serving in the 12th Infantry’s Fourth Division, he earned the rank of corporal before being honorably discharged on June 1, 1973.

A man of substantial height and strength, Tex was a teddy bear to most who knew him. He was kind, fun-loving and loyal. On October 13, 1994 he was married Mary Ann Rollins. Their blended family included six children who quickly came to love him for these traits; sixteen grandchildren followed all of whom Tex adored.

Professionally, he spent 23 years with INDOT as a diesel mechanic. More personally, he loved racing and NASCAR where he was always cheering for Dale Earnhardt. He liked most sports and served as both an umpire and coach for softball and baseball teams through the Leesburg Summer Recreational League. He was a longtime member of Pierceton American Legion Post 258 and of Warsaw VFW Post 1126. But his greatest memories were those spent with family.

Surviving are his children: daughters: Beth Cochran, Amanda Akers and Dawn (Leroy) Ditton – all of Warsaw; sons: Sherman (Kristina) Cochran of Warsaw and Brent (Renee) Cochran of Hebron, IN; 16 grandchildren; 24 great-grandchildren and a brother, Larry (Dorothy) Plummer. Those who preceded him in passing include his wife, Mary Ann Plummer; son, Christopher Cochran; brother, Charles Plummer and his parents.

The family will celebrate Tex’s life privately on Saturday, May 30 at Titus Funeral Home. Burial will take place in Oakwood Cemetery with military honors presented by members of the American Legion and VFW. Pastor Mike Beezley of Clunette United Methodist Church will officiate the committal.

Receive notifications about information and event scheduling for Tex

We encourage you to share your most beloved memories of Tex here, so that the family and other loved ones can always see it. You can upload cherished photographs, or share your favorite stories, and can even comment on those shared by others.

Jessica Shafer sent flowers to the family of Tex Plummer.
Show you care by sending flowers

Posted Jun 25, 2020 at 09:51pm
Inworked at INDOT when Tex was the head mechanic there
He always was cooking food for the crew and was always generous
A very Nice Person
Thank You
Comment Share
Share via:
JS

Posted May 28, 2020 at 01:08pm
To Kristina and family. Our warmest condolences, from the Lassus Handy Dandy family.

Flowers were purchased for the family of Tex Plummer. Send Flowers 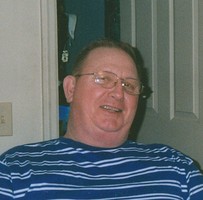