To share your memory on the wall of Sue Bolinger, sign in using one of the following options:

Print
Sue Jane Bolinger passed away on the evening of Tuesday, May 12, 2020 in Indianapolis. A resident of Warsaw, she was 82 years old.

Sue was born on August 29, 1937 in Warsaw and was the daughter of Judd and Jettie (Thompson) Vanator. She... Read More
Sue Jane Bolinger passed away on the evening of Tuesday, May 12, 2020 in Indianapolis. A resident of Warsaw, she was 82 years old.

Sue was born on August 29, 1937 in Warsaw and was the daughter of Judd and Jettie (Thompson) Vanator. She attended East Ward School and was a 1956 graduate of Warsaw High School. She was one of the first carhops at Penguin Point and later went on to work for L.M. Berry where she retired as Contracts Supervisor after twenty years.

Sue was a friendly, kind person whose devotion to her family was unwavering. She loved finding a bargain at garage sales and auctions and enjoyed cooking, BINGO, gardening, dancing and travel. Several of these hobbies she shared with her late husband, Larry - the two were married on December 21, 1956.

Together, Sue and Larry travelled to Las Vegas, Hawaii, Arkansas, Florida and many other places. Each year they made the trek to Durham, NC to get their taxes done and to visit family. They were both longtime members of the Moose Lodge and were ever-present at their grandchildren’s events. They were admired for their dancing as they made it look effortless and easy.

A Life Celebration® is planned with Titus Funeral Home, 2000 East Sheridan Street, Warsaw where friends may join family for a time of visitation on Friday, May 15 from Noon until 1 p.m. Beginning at 1 o’clock, Pastor William Whitaker will officiate Sue’s Life Celebration Service with burial following in Oakwood Cemetery.

Receive notifications about information and event scheduling for Sue

We encourage you to share your most beloved memories of Sue here, so that the family and other loved ones can always see it. You can upload cherished photographs, or share your favorite stories, and can even comment on those shared by others.

Woody and Tracey Layne., her sister Peggy, and other have sent flowers to the family of Sue Bolinger (Vanator).
Show you care by sending flowers

Flowers were purchased for the family of Sue Bolinger. Send Flowers

her sister Peggy purchased flowers for the family of Sue Bolinger. Send Flowers

Posted May 13, 2020 at 06:09pm
Words cant describe how sorry I am for your loss. Sue was well loved at paddock, she held a very special place in my heart.

Posted May 13, 2020 at 04:05pm
In memory of Sue Bolinger. Sending lots of love to the Bolinger family during this time. 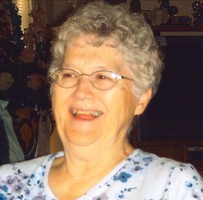