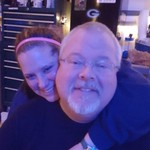 Steven Swope, age 51 and a resident of Warsaw, passed away unexpectedly just after midnight on Tuesday January 29, 2019 in Fort Wayne’s Lutheran Hospital.

Steven was born in South Bend to Dean and Cleda (Lawhorn) Swope on January 26, 1968. He grew up in South Bend and was a 1986 graduate of John Adams High School. Later, he graduated from Butler University with a bachelor’s degree in secondary education.

Steven’s life would forever change when he met the love of his life, Kathryn Brugh. The two were united in marriage on October 1, 2005 in Mishawaka. Together with their three children, Kathryn survives in Warsaw.

Steven was a patient, giving and caring person and would go out of his way to help others. He never knew a stranger and, if you were lucky enough to call Steven your friend, you knew you were his friend for life. A fisherman and hunter, Steven was a member of the NRA. He was also a huge fan of Green Bay Packers football and loved spending time outdoors. More than anything, time spent with his family and his children was precious. Strong in his faith, Steven was proud to be raising his children as Christians.

Those who survive with memories to cherish include his wife, Kathryn Swope; sons, Wesley Soliday and Morgan Swope; daughter, Avery Swope; parents, Dean and Cleda Swope and sister, Christy (Jen) Swope – all of Warsaw. Also surviving are nieces, Beatrice Cooper of Ohio and Sophie Swope of Michigan. Steven’s brother, Bruce Swope and both sets of grandparents received him in Heaven.

Memorial donations may be directed to Alzheimer’s and Dementia Services of Northern Indiana, 922 East Colfax Ave., South Bend, Indiana 46617. Condolences may be left online at www.TitusFuneralHome.com