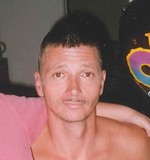 Born on October 2, 1960, he was the son of Elbert D. Grow and Dorothy (McGinnis) Grow and one of four children. He attended Warsaw High School and dedicated more than 25 years of service to the Army National Guard. Most recently he worked for Waste Management.

A true outdoorsman, he loved to hunt, fish and mushroom hunt. He liked country music and classic rock, especially Rascal Flatts, Bob Seger and Lynyrd Skynyrd. He was stubborn, ornery, funny, kind, caring and simply couldn’t be summed up in an obituary. Above all, he loved his family and his grandchildren.

Those who survive with memories to cherish include son, Johnny (wife, Elizabeth) Arnett of Warsaw; daughter, Jenny Mignery of Syracuse; sisters, Brenda (husband, Russell) Brown of Akron and Jenny (husband, Mike) Dawson of Warsaw and his three treasured grandchildren: Alexis, Johnathan and Amya. He was preceded in passing by his parents, Elbert and Dorothy and his brother, Arden “Punk” Grow who passed in April of 2014.

Friends will be received at Titus Funeral Home, 2000 East Sheridan Street, Warsaw on Saturday, September 14th from 10 a.m. until the Noon funeral service. Pastor Terry Bradford of First Freewill Baptist Church of Kosciusko County will officiate. Burial will be in Graceland Cemetery, Claypool.

Memorial gifts would be appreciated to assist with final expenses. Gifts may be made payable to Titus Funeral Home, 2000 East Sheridan Street, Warsaw.