To share your memory on the wall of Shirley Bragg, sign in using one of the following options:

Print
Shirley Bragg, age 84, passed away on December 11th, 2019 in her son’s home on Chapman Lake. She was surrounded by her family at the time of her passing.

Shirley was born in Springfield, Ill on October 27th, 1935. She was the daughter... Read More
Shirley Bragg, age 84, passed away on December 11th, 2019 in her son’s home on Chapman Lake. She was surrounded by her family at the time of her passing.

Shirley was born in Springfield, Ill on October 27th, 1935. She was the daughter of Louis and Ida Starbuck who preceded her in passing. She was a graduate of Southside High School in Fort Wayne. On December 29th, 1956 Shirley was united in marriage to the love of her life Richard Bragg, Sr. They raised three boys together Rick, Mark, and Kevin. Shirley and Richard were married for 50 years before his passing in 2007.

Shirley was loyal, courageous, and caring. She was very organized while maintaining a household full of boys. As a young family, they enjoyed summers on Chapman Lake where many treasured memories were made. She enjoyed the pontoon rides, fishing, and the sunsets on the lake. Shirley was a motherly figure for her entire family and friend to all who knew her. She enjoyed IU Hoosiers basketball and Chicago Cubs baseball. She had a strong faith in the Lord and knew someday she would reunite with her husband.

Shirley was a devoted mother and will be survived by her three sons, Rick Bragg; Chapman Lake, Mark(Missy Rees) Bragg; Chapman Lake, Kevin Bragg; Warsaw; seven grandchildren; brother Fred Starbuck; and several nieces and nephews. In addition to her parents and husband, her brother James Starbuck preceded her in passing.

A private graveside service will be held at Oakwood Cemetery. A Life Celebration will be held at the Chapman Lake Clubhouse. Arrangements were entrusted to Warsaw’s Titus Funeral Home.

Receive notifications about information and event scheduling for Shirley

We encourage you to share your most beloved memories of Shirley here, so that the family and other loved ones can always see it. You can upload cherished photographs, or share your favorite stories, and can even comment on those shared by others.

Posted Dec 21, 2019 at 05:31pm
Mark so sorry to hear of your Mom's passing. My thoughts, and prayers are with you, and your family.
Julie Hamilton
Comment Share
Share via:

Posted Dec 13, 2019 at 10:30pm
My deepest condolences to the Bragg family. I knew Shirley thru the memories of her son Rick. To you Rick, job well done taking care of your mom until the Lord called her home. Your friend, Carmen
Comment Share
Share via:
K

Posted Dec 13, 2019 at 04:24pm
My condolences for Shirley's family. My thoughts and prayers are with you. I grew up down the street from Shirley and her family on Mulberry Street in Monroeville. We had lots of fun playing basketball and other fun activities.
Comment Share
Share via: 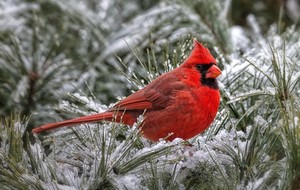