To share your memory on the wall of Rosemary Parsons, sign in using one of the following options:

Provide comfort for the family of Rosemary Parsons with a meaningful gesture of sympathy.

Print
Rosemary Parsons, 96 and living life to the fullest, passed away unexpectedly on Wednesday, June 12, 2019 just after 4 p.m. in Fort Wayne’s Lutheran Hospital.

Born in Kokomo to William Roscoe Barker and Mary (Underwood) Barker on September 24, 1922, she married Hubert R. Parsons on June 24, 1941 in Yuma, AZ. She was a 1940 graduate of Pierceton High School where she was the first drum majorette in the school’s marching band.

Rosemary worked at Douglas Aircraft in California, primarily in riveting and wiring. She worked in the orthopaedic field for Zimmer (14 years) and DePuy (7 years) and was the owner/operator of the Delicatessen Restaurant in Warsaw. In 1972, she earned her Real Estate Broker’s Licensure and operated Parson’s Realtors for more than 24 years. She was a five-year board member of Kosciusko Board of Realtors, served as President of the Pierceton Chamber of Commerce, was past President and Vice-President of the Wabash Valley Council of Women Realtors, served on the steering committee of the Kosciusko County Senior Center and was a longtime member of Celebration Church. She was also a second runner-up of Mrs. Senior Indiana Queen (1999), was active in the March of Dimes for more than 25 years, served on the Lung Association board, Indiana Right to Life board, and was a charter member of Altrusa.

Rosemary loved to travel, visiting 14 countries, Alaska, Hawaii and enjoying numerous cruises. She also loved to dance and entertain. She took up tap dancing at age 72 and became the leader and choreographer for the Dancin’ Grannies (1992-2014) who performed at area nursing homes and community events. She danced with Fort Wayne’s Ally Kats and performed on three cruise ships in dance competition – earning three gold and four silver awards. Celebrating her 90th birthday, she sky-dived from an airplane; her 92nd she rode with Jack Felger, Director of Kosciusko Senior Center, on his Can Am Motorcycle and since has rode in a helicopter, an open-cockpit bi-plane, a glider and drove G & G Hauling's largest dump truck.

Full of life and vigor, Rosemary always strived to bring joy to others. She loved her family deeply and is survived by son, Stephen (Judy) Parsons and daughter, Andrea (John) Ebersole – all of Warsaw. Also surviving are four grandchildren: Angela Ebersole of Warsaw, Alycia (Cord) Julian of Warsaw, Kristiana (Tim) Leonard of Westfield and Tara (Tim) Glatt of Ft. Wayne; 7 great-grandchildren and two great-great-grandchildren. She was preceded in passing by her husband, Hubert “Hugh” Parsons, her parents and a sister, Betty Kruger.

Visitation will be held at Titus Funeral Home, 2000 East Sheridan Street, Warsaw on Monday, June 17, 2019 from 2 to 6 p.m. A funeral which celebrates Rosemary’s life will be held at Titus on Tuesday at 11 a.m. Pastors David Kyle and Cindy Gackenheimer(ret.) will officiate the service with burial following at Oakwood Cemetery.

We encourage you to share your most beloved memories of Rosemary here, so that the family and other loved ones can always see it. You can upload cherished photographs, or share your favorite stories, and can even comment on those shared by others.

Posted Jun 17, 2019 at 01:31pm
Andrea,
we are so sorry for your loss. May the Lords hand wrap you in his love and grace and help you during this sad time.

Flowers were purchased for the family of Rosemary Parsons. Send Flowers

Posted Jun 13, 2019 at 07:26pm
Rosemary was such a sweet lady. I only knew her after she was 90, but I nominated her for an award through the Kosciusko County Foundation based on her work as a Big Sister for Big Brothers Big Sisters, and she won. What a great, giving lady. She will be missed by many people.

Posted Jun 13, 2019 at 04:52pm
I am sure Rosemary and Hugh are together once again. Rosemary was one in a billion, both her and Hugh had a huge impact on me over 20 years ago when I rented the house next to theirs. I often told stories of how wonderful they both were, and the best landlords anyone could ask for. Occasionally would bump into one or the other of them over the years after I bought my first home. Even now, I still remember the kindness and graciousness each of them bestowed on myself and anyone they came in contact with. Rest in peace, dear angels, you will be greatly missed and fondly remembered.
Comment Share
Share via:
EB

When I helped Nedra Wilcoxson with the history of Pierceton, we visited with Rosemary. It is difficult to put into words how many memories she had of Pierceton that answered questions we had. That interview was recorded so her joy and love of life as she shared with us will always be a part of Pierceton’s history. You all are so lucky to have had Rosemary for a long time. Those of us who have a parent or parents living long are so blessed. Elaine Meeks Beeching 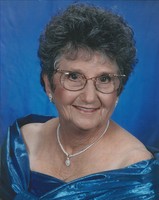