To share your memory on the wall of Ronald Maish, sign in using one of the following options:

Provide comfort for the family of Ronald Maish with a meaningful gesture of sympathy.

Born on June 14, 1943 in Russiaville, Indiana, Ronald was the son of Cloyd and Laura (Reppert) Maish. He was also a mirror image twin and the brother to Donald Eugene Maish and six other brothers. He was a graduate of Elwood High School in Elwood, Indiana.

Ronald was married to Pearl Hall in 1979. The two would share 37 years together. Ron, as most knew him, was later married to Susan (Robbins) Creamer at Oak Grove Church in Warsaw. Pearl and Susan both survive.

Ronald was a hard worker. He worked for Gatke Corporation for many years and later for Flexaust. He was a member of the Moose Lodge in Warsaw and the Fraternal Order of Eagles in Alexandria. He enjoyed dancing and playing cards. He was well known for his good sense of humor and was very social. He rarely knew a stranger and was incredibly proud of his grandchildren whom he loved dearly.

Friends may join family for a time of visitation and sharing at Titus Funeral Home, 2000 East Sheridan Street, Warsaw, on Tuesday, September 3rd from 10 a.m. to Noon. Beginning at Noon, Pastor Doug Lemon of Oak Grove Church where Ron was a member, will officiate Ron’s funeral. Burial will take place later in Oakwood Cemetery, Warsaw.

Memorial gifts may be directed to Oak Grove Church with envelopes available at the funeral home. Condolences may be left by visiting www.TitusFuneralHome.com
Read Less

We encourage you to share your most beloved memories of Ronald here, so that the family and other loved ones can always see it. You can upload cherished photographs, or share your favorite stories, and can even comment on those shared by others.

Rob Parker and Chelsea Rapp have sent flowers to the family of Ronald Maish.
Show you care by sending flowers

Flowers were purchased for the family of Ronald Maish. Send Flowers

Posted Aug 28, 2019 at 07:07am
On behalf of the Chamber of Commerce staff and BOD's, we want to express our deepest condolences for your loss. May God's love & peace envelope you.

Flowers were purchased for the family of Ronald Maish. Send Flowers

Posted Aug 26, 2019 at 06:49pm
Our thoughts and prayers are will you all. Love, Chelsea& Graham Rapp and Wendy Fennell 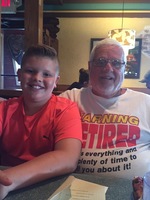 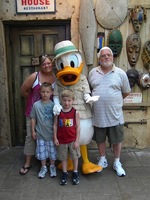 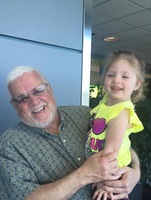