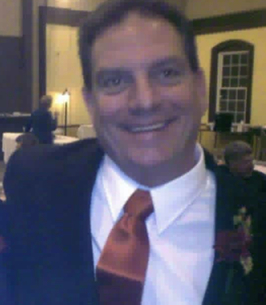 Share this tribute
Memorial Candles Lit for Roger | SEE ALL
Light a Candle
"We are honored to provide this Book of Memories to the family."
— Titus Funeral Home
Funeral Details Memory Wall Photos & Videos Send Flowers

Born in Brainerd, MN on October 21, 1960, he was the youngest child of Delbert and Cleo (Dispen) Erickson. Roger was raised in the family home alongside his four siblings and graduated from high school in Minnesota before pursuing a degree at Valencia Community College in Orlando, FL.

A memorial gathering will be held by the family at a future date. No public visitation or funeral will be served. Titus Funeral Home was entrusted with arrangements and condolences may be left on the website.

Memorial gifts may be made toward the expenses of the family. Gifts, payable to Karla Erickson, may be mailed or brought to Titus Funeral Home, 2000 East Sheridan Street, Warsaw, IN 46580 for delivery.

We encourage you to share any memorable photos or stories about Roger. All tributes placed on and purchased through this memorial website will remain on in perpetuity for future generations.

RC
I was caught off-guard reading Roger's obituary - shocking! I knew Roger through DePuy where we both worked. We also played volley ball at Spikes - he was a great player. I laughed reading the part about him speaking his mind in the obituary ... he definitely did, but remained a friendly guy! I am glad his soul is free from pain but sorry for the family's loss. My condolences - Randa Coppes (he knew me as Randa Franklin)
Randa Coppes - Tuesday November 27, 2018 via Condolence Message

J
During my short time at DePuy as a co-op, Roger became someone I very much respected. He had many stories to share personal and professional. He was kind hearted, intelligent, and thorough. He introduced me to my life long furry best friend, my dog of 9 years now, Oscar. We continued to keep in touch a few times a year. So sorry to hear of his passing. He will be missed.
Jennifer - Monday November 26, 2018 via Condolence Message

KG
Sorry for your loss. Lysa you and your family are in my thoughts and prayers.
kathy garris - Monday November 26, 2018 via Condolence Message

LC
Thinking and praying for you and your family at this very difficult time, Karla. Linda Castle

Send flowers to the family
Choose from beautiful standing, table and basket arrangements. Safe and secure online ordering.
View Flower Arrangements
What has already been purchased for the family?
Family Log-In