To share your memory on the wall of Rodney K. Holloway, sign in using one of the following options:

Provide comfort for the family by sending flowers or planting a tree in memory of Rodney K. Holloway

Provide comfort for the family of Rodney K. Holloway with a meaningful gesture of sympathy.

Print
Rodney K. Holloway, a resident of Warsaw for the past twenty-seven years, passed away on Sunday, November 10, 2019 at Visiting Nurse and Hospice Home in Fort Wayne. He was 68 years old.

Rodney, known to some as “K,” was the youngest ... Read More
Rodney K. Holloway, a resident of Warsaw for the past twenty-seven years, passed away on Sunday, November 10, 2019 at Visiting Nurse and Hospice Home in Fort Wayne. He was 68 years old.

Rodney, known to some as “K,” was the youngest of fourteen children and was the son of Glen and Minnie (McClone) Holloway. He was born on February 12, 1951 in Rochester and attended school at Beaver Dam and Akron.

Professionally, Rodney had worked in farming and construction. He worked as a machinist, a heavy equipment operator, a custodian at Burket Elementary School and in production for Midwest Rake. More personally, he was an avid fisherman who could often be found tinkering with his boat or practicing casting in the front yard. He simply loved being on the water and being outdoors. He was an avid Harley-Davidson fan and rode a H-D for many years. He enjoyed old Westerns and WWE wrestling.

On the outside, Rodney was laid back and a little bit stubborn; on the inside he was someone to whom family meant everything. His surviving family includes his wife of twenty-five years, Beverly Holloway of Warsaw; two step-sons: Jason (Angie) Elliott of Warsaw and Jamie (Lindsay) Elliott of Warsaw; six grandchildren: Ella, Emily, Addison, Jamisen and Kynzley Elliott and Kayle Long; a sister, Barb Rudo of Warsaw and three brothers: Donnie Holloway of North Webster, Bernie (Linda) Holloway of Palestine and Dean (Sylvia) Holloway of Rochester. He was preceded in passing by his parents and nine siblings.

As they took such heartfelt and tender care of Rodney, the family has asked that memorial gifts be directed to Visiting Nurse and Hospice Home, 5910 Homestead Road Fort Wayne, IN 46814-4202. Condolences may be sent by visiting www.TitusFuneralHome.com

We encourage you to share your most beloved memories of Rodney K. Holloway here, so that the family and other loved ones can always see it. You can upload cherished photographs, or share your favorite stories, and can even comment on those shared by others. 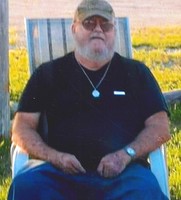