To share your memory on the wall of Rodney Holloway, sign in using one of the following options:

Provide comfort for the family of Rodney Holloway with a meaningful gesture of sympathy.

Rodney was born on August 4, 1983 in Warsaw. He was the son of Garold Holloway and Sharon (Hyde) Wagoner and a graduate of Warsaw Community High School. He was an avid pool player and enjoyed BINGO. He liked going to auctions and had worked at Creighton Brothers for some time. Most of all, Rodney was a joker with a laid-back style and a good sense of humor. He loved time spent with his nieces and nephews.

Those who survive with memories to cherish include his girlfriend, Shannon Mayhew of Mentone; mother, Sharon (husband, Matt) Wagoner of Warsaw; father, Garold (wife, Wendy) Holloway of Plymouh; and his siblings: Christopher (wife, Conya) Holloway of Mentone, Melissa Paxton of Twelve Mile, IN, Jason (wife, Nicole) Holloway of Warsaw, Troy Holloway of Warsaw, Christopher Bittinger of Plymouh, and Kelsey Wagoner of Oklahoma. He is also survived by his paternal grandparents, Dean and Sylvia Holloway; maternal grandfather, Ira Hyde and by numerous nieces and nephews. Rodney was preceded in passing by his maternal grandmother, Evelyn Hyde and by a brother, Andrew Wagoner.

Friends may join family for a time of visitation at Titus Funeral Home, 2000 East Sheridan Street, Warsaw on Saturday, October 19, 2019. Visitors will be received from 10 a.m. to 1 p.m.

Donations are being accepted for: KOSCIUSKO HEALTH SERVICES PAVILION INC.

We encourage you to share your most beloved memories of Rodney here, so that the family and other loved ones can always see it. You can upload cherished photographs, or share your favorite stories, and can even comment on those shared by others. 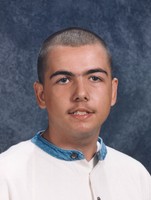