To share your memory on the wall of Robert Smith, sign in using one of the following options:

Provide comfort for the family of Robert Smith with a meaningful gesture of sympathy.

Print
Robert O. Smith, Sr., age 73 and a resident of Warsaw, passed away quietly on Wednesday, May 8th at 7:20 a.m. in Miller’s Merry Manor, Warsaw.

Robert was the son of Frank and Callie (Anglin) Smith and was born in Bradshaw Mountain, We... Read More
Robert O. Smith, Sr., age 73 and a resident of Warsaw, passed away quietly on Wednesday, May 8th at 7:20 a.m. in Miller’s Merry Manor, Warsaw.

Robert was the son of Frank and Callie (Anglin) Smith and was born in Bradshaw Mountain, West Virginia. He was a graduate of Warsaw Community High School and was employed by R.R. Donnelley and Sons for more than 37 years where he worked in the preliminary department.

On August 7, 1965, Robert was married to Sharon Miller. They spent sixteen years together before her unexpected passing on August 14, 1981.

Robert was a dedicated father and a hard worker. He enjoyed golfing, fishing and playing cards with friends. He was friendly and helpful. He was also a proud Christian and attended First United Methodist Church in Warsaw.

Friends and family will gather for a time of visitation at Titus Funeral Home, 2000 East Sheridan Street, Warsaw on Tuesday, May 14, 2019 from 3 to 7 p.m. On Wednesday at 1 p.m. in the funeral home, Pastor Brian Smith will officiate a funeral which celebrates Robert’s life. Burial will follow in Warsaw’s Oakwood Cemetery.

We encourage you to share your most beloved memories of Robert here, so that the family and other loved ones can always see it. You can upload cherished photographs, or share your favorite stories, and can even comment on those shared by others.

Posted May 11, 2019 at 09:51am
Rob sorry for your loss. Its been years since your mom and dad and Margaret and I used to go out together , missing all of them . Take care, Mike Orr
Comment Share
Share via: 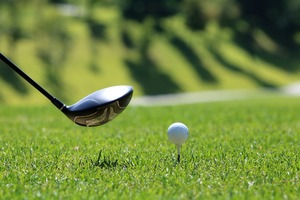 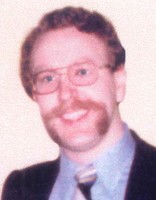