To share your memory on the wall of Rita Kay Busz, sign in using one of the following options:

Print
Rita Kay Busz, a lifetime resident of Warsaw, passed away unexpectedly on Friday, March 13, 2020 at Majestic Care in New Haven, IN just one day before her 60th birthday.

Rita was born on March 14, 1960 in Warsaw to Harold Swope and Patsy... Read More
Rita Kay Busz, a lifetime resident of Warsaw, passed away unexpectedly on Friday, March 13, 2020 at Majestic Care in New Haven, IN just one day before her 60th birthday.

Rita was born on March 14, 1960 in Warsaw to Harold Swope and Patsy (Taylor) Hamilton. She attended Warsaw Community High School and worked for several local businesses throughout her life including Prairie View Nursing Home (now Warsaw Meadows) and Miller’s Merry Manor. She is also remembered for the many years she worked at Owen’s in the bakery department.

Rita loved bike riding, hunting for bargains at garage sales and time spent with her children and her family. She was a hard worker when she was healthier but, as her health declined, she had to find new ways to keep herself busy. She enjoyed BINGO, games on her tablet and listening to country music.

On January 19, 1979, Rita was married to Darwin Busz. He survives at home in Warsaw as do their two children, Jason Busz and Kimberly Busz; her brother. Mike (Patty) Swope of Warsaw; sisters, Janet (Troy) Ousley of Claypool and Cindy (Tim) Brown of Warsaw and mother, Patsy Hamilton. Her father, Harold Swope and brother, Randy Swope preceded her in passing.

Friends may join family for a time of visitation on Thursday, March 19, 2020 at Titus Funeral Home, 2000 East Sheridan Street, Warsaw. Visitation will begin at 10 a.m. with the funeral service beginning at Noon. Pastor Rick Johnson of New Creation Fellowship will officiate with burial following at Oakwood Cemetery.

Memorial gifts may be directed to Rita’s funeral expenses with condolences left for the family at www.TitusFuneralHome.com.

We encourage you to share your most beloved memories of Rita Kay Busz here, so that the family and other loved ones can always see it. You can upload cherished photographs, or share your favorite stories, and can even comment on those shared by others. 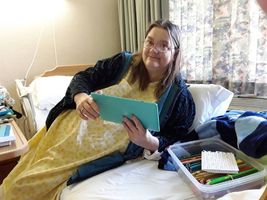