To share your memory on the wall of Ricky Gibson, sign in using one of the following options:

Born in Knoxville, TN, Ricky was the son of Alfred Bogan Ellerbe, Sr. and Joyce (Hatcher) Ellerbe. He spent h... Read More
Ricky Ray Gibson, age 59 of Kuhn Lake, passed away after battling cancer on Friday, October 16, 2020 at 12:46 a.m. in his home.

Born in Knoxville, TN, Ricky was the son of Alfred Bogan Ellerbe, Sr. and Joyce (Hatcher) Ellerbe. He spent his formative years in Florida, later moving to Kosciusko County where he attended Warsaw Community High School. On November 3, 1978, he was married to Phyllis Ilene Shepherd who survives at home.

A hard worker who was naturally gifted with mechanical abilities, Ricky could fabricate and fix nearly anything. He worked at Starcraft and Forest River for many years, spending much of his time as a lead and supervisor. In his spare time, he would put his mechanical genius to work fixing cars, motorcycles and building things.

Receive notifications about information and event scheduling for Ricky

We encourage you to share your most beloved memories of Ricky here, so that the family and other loved ones can always see it. You can upload cherished photographs, or share your favorite stories, and can even comment on those shared by others.

Flowers were purchased for the family of Ricky Gibson. Send Flowers 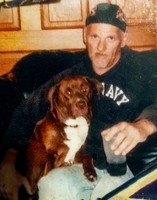 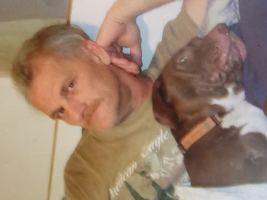