To share your memory on the wall of Richard Kridner, sign in using one of the following options:

Provide comfort for the family of Richard Kridner with a meaningful gesture of sympathy.

Print
Richard Kridner, age 81 and a resident of Warsaw, passed away quietly on Wednesday, September 11, 2019 in Kosciusko Community Hospital at 9:58 a.m.

Born on August 16, 1938 in Pontiac, Illinois, Richard was the son of Louis and Virginia (... Read More
Richard Kridner, age 81 and a resident of Warsaw, passed away quietly on Wednesday, September 11, 2019 in Kosciusko Community Hospital at 9:58 a.m.

Born on August 16, 1938 in Pontiac, Illinois, Richard was the son of Louis and Virginia (Fairchild) Kridner. He was the last living child of four Kridner siblings.

Richard was a fun person. He could be ornery but was easy to chat with and enjoyed visiting with members of the Kosciusko County Senior Services Center. He was formerly a member of the Moose Lodge in Peru and was a Wheel of Fortune and Jeopardy fan.

Richard was also a hard worker. He was self-employed as an upholsterer for many years, owning and operating Kridner’s Upholstery. He learned upholstery as a young man in Pontiac and worked for some time at the Pontiac Chair Factory. Later, his work could be seen in the Kansas City Royals offices and stadium.

On April 29, 1977, Richard was married to Mary Beth “Betsy” Pettis. Betsy survives in Warsaw as do daughters: Beth Ann Piper of Illinois, Kris Baum of Illinois, Vickie Hall of Wyoming and Thania Colgrove of Warsaw; sons, Paul Kridner of Colorado, Michael Kridner of Kentucky and Phillip Colgrove of Illinois. Also surviving are several grandchildren and great-grandchildren. His son, Rick Kridner; brothers, Louis and Robert Kridner; sister, Jane McCutcheon and his parents all preceded him in passing.

In lieu of flowers, memorial gifts to the Animal Welfare League of Kosciusko County, PO Box 1906
Warsaw, Indiana 46581-1906, would be appreciated by the family. Condolences may be sent by visiting the Titus Funeral Home website at www.TitusFuneralHome.com
Read Less

We encourage you to share your most beloved memories of Richard here, so that the family and other loved ones can always see it. You can upload cherished photographs, or share your favorite stories, and can even comment on those shared by others. 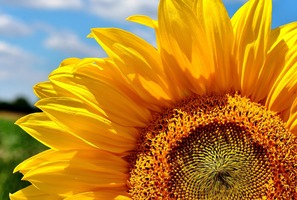