To share your memory on the wall of Rhea Foltz, sign in using one of the following options:

Print
Rhea Lea Foltz, age 38 and a resident of Warsaw, passed away unexpectedly on Friday, January 24, 2020 in her Warsaw home.

Previously of Rochester, Rhea was born and raised in Milford. She was the daughter of the late Edward E. Foltz, Jr... Read More
Rhea Lea Foltz, age 38 and a resident of Warsaw, passed away unexpectedly on Friday, January 24, 2020 in her Warsaw home.

Previously of Rochester, Rhea was born and raised in Milford. She was the daughter of the late Edward E. Foltz, Jr. and the late Jacqueline (Heckaman) Foltz. She was a 2000 graduate of Warsaw Community High School and went on to earn certification as a pharmacy technician.

Rhea was a kind, caring person with a heart of gold. She was known for her crafting ability and her cooking and baking skill. Her family could always count on her for deserts and baked Holiday treats; they loved her dearly and she loved them. Time with her nieces and nephews, who were more like siblings, was special and she would work all year in preparation of their Christmas gift exchange. Rhea was a lover of animals, especially cats and enjoyed setting up at the Kosciusko County Farmers Market, offering her crafts to the public.

The family has trusted cremation to Titus Funeral Home, 2000 E. Sheridan Street, Warsaw. No services are currently scheduled. Friends may leave condolences for the family at www.TitusFuneralHome.com
Read Less

Receive notifications about information and event scheduling for Rhea Foltz

We encourage you to share your most beloved memories of Rhea Foltz here, so that the family and other loved ones can always see it. You can upload cherished photographs, or share your favorite stories, and can even comment on those shared by others.

Posted Jan 26, 2020 at 02:27pm
I did not have the privilege of knowing her as long as I would have liked, she was always very pleasant and we talked when we seen one another she will surely be missed here at little crow I send my condolences to all of you God bless.

We loved having Rhea and Victoria as vendors at the Farmer's Market. Our condolences to Rhea's family for the loss of their sweet gal. 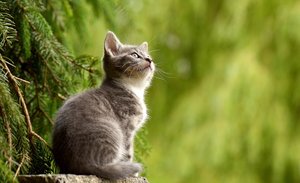