To share your memory on the wall of Phillip Sparrow, sign in using one of the following options:

Provide comfort for the family of Phillip Sparrow with a meaningful gesture of sympathy.

Print
Phil Sparrow, known to some as “Birdman” because of his surname, passed away quietly on Monday, September 9, 2019 at 10:13 p.m. in Fort Wayne’s Lutheran Hospital. He was 76 years old and was a longtime resident of Atwood.

Phil was ... Read More
Phil Sparrow, known to some as “Birdman” because of his surname, passed away quietly on Monday, September 9, 2019 at 10:13 p.m. in Fort Wayne’s Lutheran Hospital. He was 76 years old and was a longtime resident of Atwood.

Phil was born in Plymouth on March 23, 1943. He was the only son of Victor Sparrow and Eula Dean (Spurlock) Sparrow and was raised in the family home with his sister, Judy. He was a 1961 graduate of Etna Green High School where he ran track and played both basketball and baseball. Later, he spent more than 40 years at R.R. Donnelley and Sons as a pressman.

In fact, Phil had a large group of friends, many of whom were Donnelley retirees with whom he visited nearly every day at the bowling alley or Time Out Inn. He was humble and amiable and had a good sense of humor. He chose his words with tact and kindness and rarely knew a stranger – he had a smile for everyone. He was a good conversationalist, a good listener and was fun to be around. More privately, Phil was a longtime member of Atwood’s Otterbein United Methodist Church and formerly a member of the Moose and Eagles. He enjoyed fishing and loved the beach, visiting Fort Myers Beach twice annually for many years.

A Life Celebration is planned with the assistance of Titus Funeral Home, 2000 East Sheridan Street in Warsaw, where memorial visitation will be held on Monday, September 16th from 3 to 7 p.m. Phil’s funeral will be officiated by Pastor Jim Lawson at Otterbein UMC, 306 East Main Street in Atwood, on Tuesday at 11 o’clock with gathering for one hour prior.

We encourage you to share your most beloved memories of Phillip here, so that the family and other loved ones can always see it. You can upload cherished photographs, or share your favorite stories, and can even comment on those shared by others.

Ray and Bev Fenix, Amy lebon, and others have sent flowers to the family of Phillip Sparrow.
Show you care by sending flowers

Posted Sep 23, 2019 at 03:05pm
Carol and family-
My thoughts and prayers are with you in your loss. I will always remember how kind you and Phil were to me when I babysat for your adorable kids, Mindy, Wendy, & Timmy! Your family was one of my favorites to babysit! Hugs- Cindy (Nifong) Money
Comment Share
Share via:
AF

Posted Sep 18, 2019 at 09:07am
Dear Carol, I was so sorry to hear about Phil. My thoughts and prayers are with you during this really hard time.
Sincerely,
Liz Frazzetta
Comment Share
Share via:
RF

Posted Sep 16, 2019 at 08:24pm
Wishing you peace to bring comfort, courage to face the days ahead and loving memories to forever hold in your hearts. 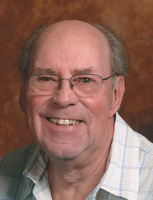