To share your memory on the wall of Philip Rapsavage, sign in using one of the following options:

Provide comfort for the family of Philip Rapsavage with a meaningful gesture of sympathy.

Print
Philip L. Rapsavage, a longtime resident of Warsaw, IN, passed away on Wednesday, January 23rd in Kosciusko Community Hospital. He was 94 years old at the time of his death.

Born on September 21, 1924, Philip was the son of Edward and Iv... Read More
Philip L. Rapsavage, a longtime resident of Warsaw, IN, passed away on Wednesday, January 23rd in Kosciusko Community Hospital. He was 94 years old at the time of his death.

Born on September 21, 1924, Philip was the son of Edward and Iva Loreana (Friend) Rapsavage. He was born in Detroit, Michigan but spent much of his youth in Litchfield, Ill. It was there where he met Eleanor Baga to whom he would be married on September 23, 1950 in Warsaw’s Sacred Heart Catholic Church. Eleanor preceded Philip in passing on March 22, 2018 after more than 68 years together.

Philip was an honorably discharged veteran of the United States Army. He was also a longtime member of the American Legion, VFW and Moose Lodge. He enjoyed playing board games and card games, especially Euchre. He attended First Christian Church, Warsaw when he could and was very social, never knowing a stranger. Professionally, Philip had been a car salesman, working for Munson Chevrolet, Petro Brothers and others in addition to owning Spartan Automotive.

Calling will be held at Titus Funeral Home, 2000 East Sheridan Street, Warsaw on Sunday, January 27th from 1 to 3 p.m. A graveside service will be held on Tuesday at 10 a.m. in Calvary Cemetery, Pana Ill.

Memorial gifts may be given as an expression of sympathy. Please direct any gifts to the Activities Department of Mason Health and Rehabilitation Center, 900 Provident Drive, Warsaw, IN 46580
Read Less

Receive notifications about information and event scheduling for Philip

We encourage you to share your most beloved memories of Philip here, so that the family and other loved ones can always see it. You can upload cherished photographs, or share your favorite stories, and can even comment on those shared by others.

I am so sorry to see that Phil passed. Please accept my condolences at this time. I think back to our times of playing smearball, wiffleball, football, etc. in your back yard. We had a lot of fun growing up in our neighborhood! I'm sorry I couldn't come to Phil's viewing. I was having a car problem that I was trying to fix. The latch on my driver side door was stuck so I couldn't even close my door. After trying a bunch of different things with no success, I called Joe. He talked my through some things to try while he was driving to a concert that his daughter is playing violin in. Finally the latch came back into the proper position so I could close my door. By the time I came back into the house and got my heart rate back down, it was past the time for the viewing. I am so sorry!

Posted Jan 24, 2019 at 02:46pm
Dear Rapsavage family,
I'd like to express my condolence and deep regrets for your loss and share where I found hope and comfort at such a time as this when I lost my entire family to our enemy death. I found this in what I read in Jehovah Gods word the Bible at John5:28,29 for there it tells us we'll see our love ones again in the resurrection when Jesus brings them back here on earth and at Isaiah25:8 we're told that this enemy death will be swallowed up forever. With these scriptures and others I'm now able to cope with my loss and get through each day because now I know I'll see my love ones again and so can you. I wanted to share this with you now when hope and comfort is needed in hopes that this will help you also and that I do share your grief and hope you'll feel free to let me know if this helped in some way for this is my purpose in sharing this with you at this time. I hope to hear from you. Sincerely, GM
Comment Share
Share via: 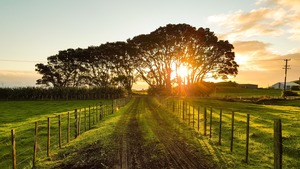