To share your memory on the wall of Peggy Foreman, sign in using one of the following options:

Provide comfort for the family of Peggy Foreman with a meaningful gesture of sympathy.

Print
Peggy A. Foreman, a lifetime resident of Warsaw, passed away unexpectedly on Friday, November 8, 2019 at 4:01 a.m. in Kosciusko Community Hospital. She was 65 years old having just celebrated her birthday on October 26.

Born in 1954 to M... Read More
Peggy A. Foreman, a lifetime resident of Warsaw, passed away unexpectedly on Friday, November 8, 2019 at 4:01 a.m. in Kosciusko Community Hospital. She was 65 years old having just celebrated her birthday on October 26.

Born in 1954 to Marcus E. and Gloria J. (Leedy) Bigelow, Peggy was a graduate of Warsaw High School and worked for many years at Cardinal Services. She also worked as a care giver in home health before spending more than twenty-five years with Walmart. She was part of the original opening crew of the east side Walmart store and spent time in customer service, receiving and the cash office. She retired from the jewelry department in 2012.

Peggy was known for her ornery sense of humor and her love for practical jokes. She rarely knew a stranger and loved animals. She enjoyed television shows like American Pickers, anything about true crime and medical shows. She also enjoyed finding a bargain at garage sales and at Goodwill. She was a word puzzler, a devoted mother and a loving grandmother who will be missed by many.

A short list of those who will miss her includes two daughters: Melinda Foreman of Warsaw and Mary Foreman (Nicholas Heinold) of South Whitley; three grandchildren: Carter Jacob Huntley of Churubusco, Madison Leigh Huntley of Churubusco and Ryan Aaron Heinold of South Whitley; two nephews: Charles Anthony Seitner of Silver Lake and Mark Andrew Seitner of Warsaw and a niece, Melissa Ann Seitner of Warsaw. She was preceded in passing by her parents, sister, Nancy Seitner and nephew, David Matthew Seitner.

A Life Celebration® is planned with Titus Funeral Home, 2000 East Sheridan Street in Warsaw. Visitation will be held on Tuesday, November 12th from 4 to 6 p.m. Beginning at 6 p.m., Pastor Bob Brown of God’s Highway to Heaven Church will officiate a funeral at Titus.

Memorial gifts may be given to the family. Condolences may be sent to them by visiting www.TitusFuneralHome.com.

We encourage you to share your most beloved memories of Peggy here, so that the family and other loved ones can always see it. You can upload cherished photographs, or share your favorite stories, and can even comment on those shared by others.

Chris and Melanie Huntley and Nick have sent flowers to the family of Peggy Foreman (Bigelow).
Show you care by sending flowers

Posted Nov 11, 2019 at 07:02am
Please accept our most heartfelt sympathies for your loss... Our thoughts are with you and your family during this difficult time. 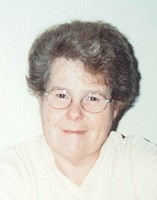