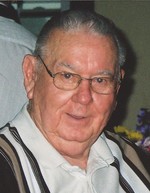 Paul Edward Wallen, age 81 and a resident of Pierceton, passed away unexpectedly on Tuesday, March 24, 2020 at Grace Village Retirement Community.

Born on June 2, 1938 in Prestonsburg, KY he was the son of Joe and Josephine (Campbell) Wallen. He spent his formative years in Kentucky, moving to the Warsaw area with his family at age 14. On September 8, 1958, Paul was united in marriage to Julia “Judy” Blue; the pair shared nearly 62 years before his Tuesday morning passing.

Paul was a hard worker and an honorably discharged veteran of the United States Air Force where he worked as a jet mechanic. As a civilian, he was a tree trimmer, working for Gilbert Tree Service and later for Townsend Tree Service for more than 60 years. He held nearly every position in the company from climber to manager. His career was fitting as he loved time spent outdoors. In his free time, he liked to fish, especially for Bass, and even built his own fishing poles. He liked college basketball, Dallas Cowboys and Green Bay Packers football and enjoyed rooting for Dale Earnhardt when watching NASCAR.

In addition to his wife, Judy Wallen, those who survive include daughter, Kim (Paul) Drainville of Indian River, MI; sons: Mike (Lisa) Wallen of Warsaw and Brian (Sue) Wallen of Warsaw; nine grandchildren, 16 great-grandchildren and brother, Dewey “Bill” (Carol) Wallen of Gladwin, MI. He was preceded in passing by a son, Kyle; sisters: Angie Horn and Mary Ellen Rose; brother, Joe Wallen and their parents.

At this time, services will be held privately with burial in Oakwood Cemetery. A Life Celebration® is tentatively planned for June with the assistance of Titus Funeral Home.

In lieu of flowers, the family has asked that food be donated to the Salvation Army Food Bank (donations accepted at Titus Funeral Home through 4/3/20) or monetarily to American Red Cross, 1212 E. California Road
Fort Wayne, IN 46825. Written condolences may be left for the family at www.TitusFuneralHome.com