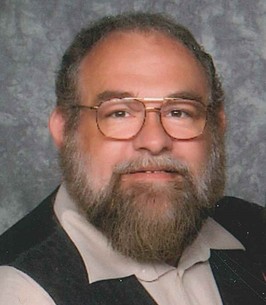 Print
Patrick Michael McGurn passed away unexpectedly on Monday, November 26, 2018 at Parkview Warsaw Hospital. A resident of Hoffman Lake, he was 52 years old.

Pat, as most people called him, was born on September 29, 1966 in Chula Vista, California to Thomas Harold McGurn, Jr. and Ardella Lucielle (Harvey) Blythe. As his father was in the US Navy, they moved throughout Pat’s childhood, settling in Warsaw, Indiana in 1972.

Pat was a 1985 graduate of Warsaw Community High School. He attended Ivy Tech Community College where he focused on mechanical maintenance. Later, he worked for Explorer Van and then for Biomet. Most recently, he was working at Zimmer Biomet through Adecco where he was a packager.

On July 3, 1993, Pat was united in marriage to BethAnn Fann. The two were setup by friends several years earlier. Brokenhearted, BethAnn and their two children, Johnathan and Sydney, survive at home.

Pat loved fishing, gardening and tinkering with projects. He had a gift for mechanical work and could fix seemingly anything. He would often retrofit tools to make a job easier or the tool more effective. He was a Cub Scout Leader for Pack 733, Nappannee and enjoyed seeing his son become an Eagle Scout. In his downtime he enjoyed watching historical documentaries, Star Trek, Star Wars and other Science Fiction. Sarcastic and humorous with a tough exterior, he was secretly a lover of animals and cared very deeply for his family and closest friends.

Condolences may be left on online at www.TitusFuneralHome.com. Memorial gifts toward Pat’s final expenses may be given to Titus Funeral Home, 2000 East Sheridan Street, Warsaw, IN 46580.

We encourage you to share any memorable photos or stories about Patrick. All tributes placed on and purchased through this memorial website will remain on in perpetuity for future generations.

So sorry for you loss
Syracuse CVS - Tuesday December 11, 2018 via Memorial Tree

B
Beth, John, & Sydney, we are so very sad for your sudden loss. Words cannot express the grief we feel for each one of you. Pat was such a unique guy and our neighborhood will not be the same without him. We are here for you if you need us, and you are in our prayers during this time. May Jesus lift each of you up and ease your pain and suffering as only He can.
In His love,
Joseph & Barbara Hidlebaugh
Barbara - Wednesday November 28, 2018 via Condolence Message
1
Page 1 of 1
Share
×