To share your memory on the wall of Otis "Buddy" Busby, sign in using one of the following options:

Provide comfort for the family of Otis "Buddy" Busby with a meaningful gesture of sympathy.

Born on June 19, 1939, Buddy was the son of Otis Busby, Sr. and Evelyn (Blankenship) Busby. He was born in Richmond and was one of five Busby children. He was a graduate of Fountain City High School and later went on to earn a bachelor’s and master’s degree from Ball State University.

Professionally, Buddy was an educator, teaching social studies, physical education and health in his tenure. He was also a decorated coach who coached swimming, football, track and basketball. As a football coach he led the Greenfield Central Cougars to a state championship. His ability to instill team spirit and to teach the value of hard work earned him an induction to the Greenfield Central High School Athletic Hall of Fame.

Buddy was previously active in the Milton Masonic Lodge and Order of the Eastern Star where he was a past Worthy Patron. He was previously an active member of the Rochester Elks Lodge. He was a caring father, a consummate coach and he loved time spent at Beaver Dam Lake with his family. He was also an honorably discharged veteran of the United States Army.

We encourage you to share your most beloved memories of Otis "Buddy" Busby here, so that the family and other loved ones can always see it. You can upload cherished photographs, or share your favorite stories, and can even comment on those shared by others.

Flowers were purchased and a memorial tree planted for the family of Otis "Buddy" Busby. Send Flowers

Posted Oct 31, 2019 at 04:46pm
No man had a more profound impact on my life at a time when i needed it most, than Coach Busby.
He was the guy we played for, hustled for, sweat for.
I am forever indebted to Coach. Our prayers are with Mrs Busby and their family.
Shawn and Portia McClarnon, Chapel Hill, NC
Comment Share
Share via:
JG

Posted Oct 27, 2019 at 10:56pm
Mr. Busby was an inspiration as a teacher and coach. Having attended Ball State University myself, and earning a BS in 1969, MAE in 1981, and EdD in 1974, I am comforted knowing he got his Education there. I remember one time I played basketball in high school. I was back behind the backboard when Busby yelled, "Don't shoot Salty; don't shoot!" I took the shot any way, and much to my own surprise it went through. We got two points! To this day I wonder what he thought! At any rate, u still remember him overall, as a man of encouragement. It is hard to believe he is gone. At the same time I wonder where the time went.
Comment Share
Share via:
TR

Posted Oct 27, 2019 at 12:01pm
Our thoughts and prayers to Barb and family . We will miss Buddy . May God , family and friends be with you today and the days to follow. Cris and Terry
Comment Share
Share via:
M

Posted Oct 27, 2019 at 07:51am
To the family, my heartfelt condolences for your loss. Please find comfort in the knowledge that soon God will wipe out every tear from our eyes, and “death will be no more, neither will mourning nor outcry nor pain be anymore. The former things (will) have passed away.”(Rev. 21:3,4) May this promise give you comfort now and a real hope for the future. My deepest sympathies. 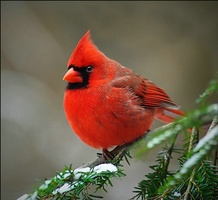