To share your memory on the wall of Nancy Fritz, sign in using one of the following options:

Nancy was born on October 1, 1947 in Kosciusko County and was the daughter of Samuel and Lura (England) Hamman; both preceded her in passing. She was married to Lee Fritz on December 16, 1986; he survives.

A social and energetic personality, Nancy rarely knew a stranger. She was inquisitive and cared about people. She enjoyed following politics and current events and was a collector of unique, macabre items.

In addition to her husband of more than thirty years, Lee Fritz, Nancy is survived by son: Keven (wife, Brenda) McCorkle of Fort Wayne; daughter, Dawn Beam of Churubusco and sister, Sandy (Kevin) Schildroth of Warsaw. She is also survived by grandchildren: Jeremy, Jessica, Jared, Ashley, and Brittany and seven great-grandchildren. She was preceded in death by her parents and a brother, Samuel Hamman, Jr.

The family will receive friends at Titus Funeral Home, 2000 East Sheridan Street in Warsaw on Monday, April 29, 2019 from Noon to 1 p.m. Beginning at 1 o’clock, Bob Jarboe, chaplain of Kosciusko Home Care and Hospice, will officiate a funeral service which celebrates Nancy’s life.

Condolences may be left by visiting www.TitusFuneralHome.com
Read Less

Receive notifications about information and event scheduling for Nancy

We encourage you to share your most beloved memories of Nancy here, so that the family and other loved ones can always see it. You can upload cherished photographs, or share your favorite stories, and can even comment on those shared by others. 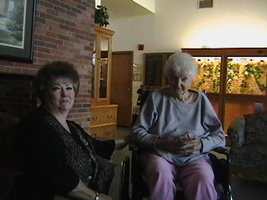