To share your memory on the wall of Mildred Hope Sanders, sign in using one of the following options:

Born Mildred Hope Carbiener in North Liberty on December 26, 1923, she was the daughter of Raymond L. and Lalia E. (Reed) Carbiener. She was a graduate of North Liberty High School and went on to pursue training as a nurse. She graduated from Epworth Memorial Hospital’s School of Nursing, South Bend in 1945.

The following year, Mildred was united in marriage to Eugene H. Sanders. The two made there home in North Liberty and Lakeville for many years, living in South Bend for some time and in Austin, Tx., too. They retired to Warsaw in 1991. Eugene preceded Mildred in passing on October 19, 2006; their three children survive.

As a nurse, Mildred was naturally a giving, caring person. She could be quiet and enjoyed time spent reading and crocheting. She was previously a member of Community Grace Brethren Church, was strong in her faith and had an earnest love for the word of the Lord.

Private services are planned. Mildred will be buried in Fair Cemetery, North Liberty alongside her husband. Titus Funeral Home of Warsaw assisted the family.

Donations are being accepted for: KOSCIUSKO HOME CARE & HOSPICE INC.

We encourage you to share your most beloved memories of Mildred Hope Sanders here, so that the family and other loved ones can always see it. You can upload cherished photographs, or share your favorite stories, and can even comment on those shared by others. 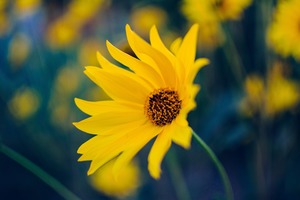