To share your memory on the wall of Mildred Grindle, sign in using one of the following options:

Print
Mildred Grindle, age 88 and a lifetime Warsaw area resident, entered into eternal rest on the evening of Thursday, April 9th at Miller’s Merry Manor in Warsaw. Her children at her side.

Born Mildred Catherine Whetstone, on January 28, ... Read More
Mildred Grindle, age 88 and a lifetime Warsaw area resident, entered into eternal rest on the evening of Thursday, April 9th at Miller’s Merry Manor in Warsaw. Her children at her side.

Born Mildred Catherine Whetstone, on January 28, 1932 in Fulton County, she was the daughter of Dewey and Ethel Mildred (Fisher) Whetstone. She was united in marriage to Alan Grindle on September 16, 1950, sharing nearly sixty years together before his passing on May 8, 2009.

Mildred was spunky and fun-loving. She was a longtime member of Harrison Center Church and lived Christ’s word as best she could, always willing to help those in need. She was a loving neighbor, a giving friend and set an example for her children and grandchildren whom she loved deeply. Mildred was a huge fan of Chicago Cubs baseball and Purdue University basketball. She is also remembered for her popcorn balls at Halloween and her love of garage sales.

Receive notifications about information and event scheduling for Mildred

We encourage you to share your most beloved memories of Mildred here, so that the family and other loved ones can always see it. You can upload cherished photographs, or share your favorite stories, and can even comment on those shared by others.

Posted Apr 16, 2020 at 07:38pm
I was very sorry to hear of Mildred’s passing and offer my deepest sympathy during this difficult time. I knew Mildred and Alan in the late 1960’s when they opened their hearts and home to offer friendship, support, and guidance to a few mixed-up teenagers. I fondly remember Mildred as a fun-loving person with a caring and gentle soul and a strong sense of right and wrong. She and Alan were the salt of the earth and are missed by many. 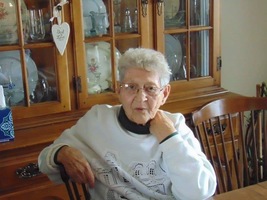 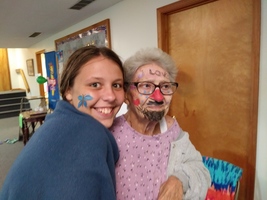 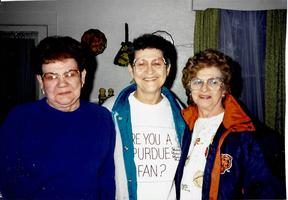 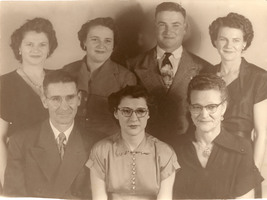