To share your memory on the wall of Max Huffer, sign in using one of the following options:

Provide comfort for the family of Max Huffer with a meaningful gesture of sympathy.

Max was one of five children... Read More
Max Allen Huffer, age 81 and a proud lifetime resident of Warsaw, passed away quietly, surrounded by his loving family on Friday, September 6, 2019 at 11:19 a.m. in Fort Wayne’s Parkview Randallia Hospital.

Max was one of five children born to the late Morton Henry and Gladys Voine (Minear) Huffer. He was born in Warsaw on July 21, 1938 and was a 1957 graduate of Warsaw High School. Later, he would join the US Army National Guard where he honorably served as a cook.

Max worked for his family’s business (Huffer Foundry) for fifteen years before spending more than thirty years with NIPSCO in the meter department. He retired in July of 2000. He was also a 35-year veteran of Warsaw Fire Department where he held several officers' positions. His sons would later follow his lead, each serving Warsaw as firefighters.

Max was devoted to his family and was a proud father and grandfather. He was a 60-year member of the Elks and a member of American Legion Post 49 where he breakfasted most mornings for years. Before that, he was a longtime member of Breading’s “breakfast club” and was one of the most social, friendly people you could hope to meet. He was a sports fan who supported the Chicago Bears, Notre Dame Football and IU Basketball. He was also an unwavering Warsaw Tigers fan, attending nearly every game/event in which his children were involved. He was also a regular fixture at his grandchildren’s events. He coached, he cooked, he cleaned, and he could fix seemingly anything.

Max touched many lives and he will be missed by many including his wife of nearly 50 years: Merry Carol Huffer to whom he was married on March 20, 1970. Also surviving with memories to treasure are his children: Carrie Davis of Silver Lake, Brooks (wife, Tena) Huffer of Warsaw, Stacy Huffer of Warsaw and Marc (wife, Dana Leon) Huffer of Warsaw; 12 grandchildren: Ashlie, Jenna, Morgan, Tyler, Cameron, Derek, Dylan, Dustin, Alyssa, Adella-Mae, Emma-Claire and Owen; eight great-grandchildren; brothers: Ed (wife, Susie) Huffer of Warsaw and Bill (wife, Carol) Huffer of Atwood and sister, Janet Cassidy of New Castle. In addition to his parents, his brother, Bob Huffer preceded him in passing.

A Life Celebration will be held at Titus Funeral Home, 2000 East Sheridan Street, Warsaw. Visitors are welcome on Wednesday, September 11th from 2 – 7 p.m. On Thursday, a Mass of Christian Burial will be held at Sacred Heart Catholic Church, 125 N. Harrison Street with Father Jonathan Norton celebrating. Mass will begin at 11 a.m. with burial to follow in Warsaw’s Oakwood Cemetery. Military honors will be overseen by members of American Legion Post 49 and members of the United States Army.

Receive notifications about information and event scheduling for Max

We encourage you to share your most beloved memories of Max here, so that the family and other loved ones can always see it. You can upload cherished photographs, or share your favorite stories, and can even comment on those shared by others.

Doug and Angie Smith and family, Our warmest condolences, The entire Rooney Family, and others have sent flowers to the family of Max Huffer.
Show you care by sending flowers

Posted Sep 17, 2019 at 04:44pm
Max was and is and will always be in our memories as a true friend indeed to my wife Bonnie and me and our sons Jim, Bob, Ron and Rick. Max and I were partners at work at NIPSCo for many years. Great to work with. He was always there to help others and lend a helping hand. He was a great sports fan of his Warsaw where he and his children competed, but also was cheering on the Bauman boys at Wawasee and their college days. We will always remember his great humor. We created a lot of humorous stories and we had lot of laughs. Max and Merry came all the way to Florida two years ago to visit me. It was one of the highlights of my life. We will miss you Max. I never told you that I cared so much for you, but you know. Jim
Comment Share
Share via:
JS

Posted Sep 11, 2019 at 04:25am
May you find peace and comfort in the love of those who care about you. Holding you close in thoughts and prayers at this difficult time.

Doug and Angie Smith and family

Posted Sep 11, 2019 at 12:45am
Dear Family, Remember that we love and care about you. Our thoughts and prayers are with you.

Doug and Angie Smith and family purchased flowers for the family of Max Huffer. Send Flowers

Flowers were purchased for the family of Max Huffer. Send Flowers 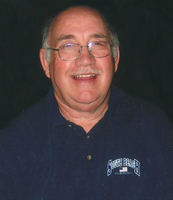