To share your memory on the wall of Mary C. Chrisenberry, sign in using one of the following options:

Provide comfort for the family of Mary C. Chrisenberry with a meaningful gesture of sympathy.

Print
Mary Chrisenberry, age 70 and a lifetime Warsaw area resident, passed away unexpectedly on Tuesday, December 17, 2019 at 8:12 p.m. in her Warsaw home.

Born on December 23, 1948, she was the daughter of Paul E Lichtenberger and Lola F. (R... Read More
Mary Chrisenberry, age 70 and a lifetime Warsaw area resident, passed away unexpectedly on Tuesday, December 17, 2019 at 8:12 p.m. in her Warsaw home.

Born on December 23, 1948, she was the daughter of Paul E Lichtenberger and Lola F. (Robinson) Lichtenberger. She was a graduate of Warsaw High School and was married to the late Danny Chrisenberry on September 27, 1969.

Mary worked in the offices of Zimmer for nearly forty years. She was a generous, kind person and loved people but was a very private person. She enjoyed movies of all kinds and loved animals - especially cats, having several of her own through the years.

In addition to her husband, Danny Chrisenberry who died on June 25, 2002, Mary was preceded in death by her parents. Those who survive include a brother, Max Lichtenberger of Warsaw; several nieces and nephews; her extended family and a host of friends.

Memorial gifts may be made to the Animal Welfare League, PO Box 1906 Warsaw, Indiana 46581-1906 and donations of cat food will be accepted at the funeral home to honor Mary’s love for cats. Condolences may be left at www.TitusFuneralHome.com.
Read Less

We encourage you to share your most beloved memories of Mary C. Chrisenberry here, so that the family and other loved ones can always see it. You can upload cherished photographs, or share your favorite stories, and can even comment on those shared by others.

Posted Dec 20, 2019 at 08:24am
Mary was a great friend. She was funny and she loved a good joke. She loved the Lord and spoke of him often. Best friend in the world. I love you Mary. You will live in my heart.
Penny
Comment Share
Share via:
HS

Flowers were purchased for the family of Mary C. Chrisenberry. Send Flowers

Posted Dec 19, 2019 at 03:56pm
Mary was such a dear soul. I took care of her parents while they were in their older years until they passed. Through this I had the privilege of becoming close to Mary. She “adopted” me as her daughter as her and Danny had no children. My kids became her grandkids. She was so loving and caring. My heart breaks hearing of her passing. She will be missed greatly. Much love sweet Mary! I will see you again at Heaven’s Gate! ❤️
Comment Share
Share via: 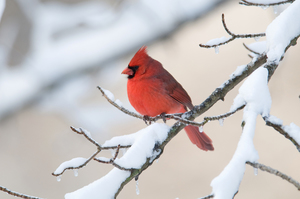 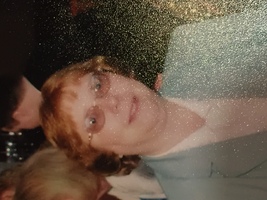