To share your memory on the wall of Loretta Ward, sign in using one of the following options:

Loretta was born on January 12, 1946, in Martin, Kentucky, the daughter of Ed and Betty Stephens Hunter. She first married Gordon Ousley. They later d... Read More
Loretta Ward, 74, passed away Tuesday, July 28, 2020, at her home in Muscatine, Iowa.

Loretta was born on January 12, 1946, in Martin, Kentucky, the daughter of Ed and Betty Stephens Hunter. She first married Gordon Ousley. They later divorced. She then married Michael Ward on May 25, 1984, in Pierceton, Indiana.

She worked in the jewelry sales department at Walmart. Loretta was always dressed in nice clothing. She loved spending time with her family and friends. Springtime was Loretta's favorite time of the year because it reminded her of the resurrection.

She was preceded in death by her parents; two great-grandchildren: Braelynn Ousley and Kyler Gordon; three sisters, Eveline, Dorothy "Dot", and Mary; and one brother, Parley Lorne.

Visitation will be held on Thursday, July 30, 2020 and funeral on Friday in Muscatine. Visitation will also be held on Saturday, August 1, 2020 from 1 to 3 pm at Titus Funeral Home, 2000 Sheridan Street, Warsaw. Graveside service will follow in Hillcrest Cemetery, Pierceton.
Read Less

Receive notifications about information and event scheduling for Loretta

We encourage you to share your most beloved memories of Loretta here, so that the family and other loved ones can always see it. You can upload cherished photographs, or share your favorite stories, and can even comment on those shared by others.

Della pollock sent flowers to the family of Loretta Ward.
Show you care by sending flowers

Posted Jul 31, 2020 at 12:41pm
I'm so sorry for your loss Loretta was a beautiful woman and I'm going to miss her .my prayers are with all of you.Love Della Pollock

Posted Jul 31, 2020 at 12:28pm
Please accept our sympathy for your loss. I knew "Sissy Bug" as my Aunt Evaline called her when she was just a young girl. I remember her always telling us jokes and keeping us laughing. May the Lord Jesus bring you comfort as you remember the good times that you shared. For those who are in Christ Jesus we have that blessed hope in Him that we shall see our loved ones again. You are in our prayers and thoughts. Shelby Fleming Aylor (Jerry)
Comment Share
Share via:
HS

Flowers were purchased for the family of Loretta Ward. Send Flowers 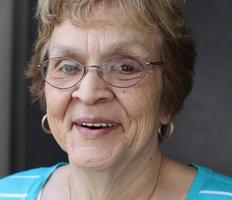