To share your memory on the wall of Lonnie Hanson, Sr., sign in using one of the following options:

Provide comfort for the family by sending flowers or planting a tree in memory of Lonnie Hanson, Sr.

Provide comfort for the family by sending flowers or planting a tree in memory of Lonnie Hanson, Sr.

Print
Lonnie E. Hanson, Sr., a longtime resident of the Warsaw and Barbee Lake area, passed away on Monday, September 21, 2020. He was 83 at the time of his death.

Originally from Chicago, he was born there on February 18, 1937 and was the so... Read More
Lonnie E. Hanson, Sr., a longtime resident of the Warsaw and Barbee Lake area, passed away on Monday, September 21, 2020. He was 83 at the time of his death.

Originally from Chicago, he was born there on February 18, 1937 and was the son of Forest A. and Doris A. Hanson. He was a graduate of Chicago’s Bowen High School and completed college coursework in Art. He was a naturally skilled artist and had been the cartoonist for his high school paper.

Professionally, Lonnie was retired from United/Embarq Telephone Company having also worked for Bell at one time. He held a deep faith in Christ and enjoyed listening to Bible Radio. He was formerly a motorcyclist, traveling all over the Midwest and had volunteered with Magical Meadows Therapeutic Horse Farm. He truly treasured time spent with his sons and family though his life was forever changed in 2007 and again in 2010 when his son, Frank and his wife, Carol passed away.

In addition to Frank and Carol, Lonnie’s brother, Forest Hanson Jr. and their parents preceded him in passing. Surviving are his son, Lonnie Hanson, Jr., several nieces and several nephews.

Friends may gather to support the family during a graveside service at Warsaw’s Oakwood Cemetery on Friday, October 2, 2020. Processional lineup will begin at Titus Funeral Home, 2000 East Sheridan Street in Warsaw at 12:45 p.m. Titus Funeral Home is caring for the family. Please visit www.TitusFuneralHome.com to leave condolences.
Read Less

We encourage you to share your most beloved memories of Lonnie Hanson, Sr. here, so that the family and other loved ones can always see it. You can upload cherished photographs, or share your favorite stories, and can even comment on those shared by others. 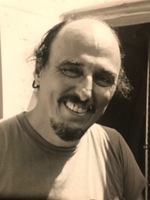