To share your memory on the wall of Kenneth Sliter, sign in using one of the following options:

Kenneth was easy to get along with and made friends easily. He had worked for many years in the mill near his Arkansas home and was always hunting for a bargain. He enjoyed Westerns and liked to keep busy. Often, he could be found enjoying his surroundings on a walk.

Arrangements for Kenneth have been entrusted to Titus Funeral Home of 2000 East Sheridan Street in Warsaw. A memorial service is being planned at Titus in the coming weeks with a complete obituary to be posted nearer that time.
Read Less

Receive notifications about information and event scheduling for Kenneth

We encourage you to share your most beloved memories of Kenneth here, so that the family and other loved ones can always see it. You can upload cherished photographs, or share your favorite stories, and can even comment on those shared by others. 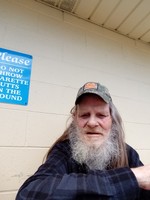