To share your memory on the wall of Kay (Bryant) Prater, sign in using one of the following options:

Born on November 12, 1946 in Detroit, Michigan, she was the daughter of Ethel Wendell Bryant and Nell Winnie (Campbell) (Bryant) Allen. She was one of seven children raised in the family home and she attended Warsaw High School.

Kay was married to the late Callahan “Butch” Prater on February 29, 1964. The pair shared more than forty-five years together before his passing in 2009. Their loving family includes three children and seven grandchildren with whom time was precious.

Kay was an incredibly caring, giving person, especially with her family. She was strong-willed and kind. She liked cooking, crochet, and Westerns. She was rarely spotted without her nails painted and was known for her kindhearted nature.

We encourage you to share your most beloved memories of Kay (Bryant) Prater here, so that the family and other loved ones can always see it. You can upload cherished photographs, or share your favorite stories, and can even comment on those shared by others.

Katey Walls, Alison Beal, and other have sent flowers to the family of Kay (Bryant) Prater.
Show you care by sending flowers

Posted Jun 06, 2020 at 08:08pm
I love you forever Grandma. I hope you are with Papall now catching up on everything. You will always hold a piece of me. Love, Katey

Posted Jun 05, 2020 at 05:25pm
I'm going to miss seeing and talking to Kay, I have already missed taking her to the doctor. May the Lord watch over the family and remember the better times. Love Sylvia
Comment Share
Share via:
AB 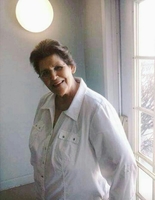