To share your memory on the wall of Joan Black, sign in using one of the following options:

Print
Joan Black, known by many as “Jo,” passed away on Saturday, April 25, 2020 at 1:52 p.m. in Kosciusko Community Hospital, Warsaw. A Warsaw resident, she was 65 years old at the time of her unexpected passing.

Jo was the daughter of Jo... Read More
Joan Black, known by many as “Jo,” passed away on Saturday, April 25, 2020 at 1:52 p.m. in Kosciusko Community Hospital, Warsaw. A Warsaw resident, she was 65 years old at the time of her unexpected passing.

Jo was the daughter of Joan “Jo Jo” Depalma. She was born in New York on April 14, 1955 and attended school in the Kokomo area.

Jo held various jobs but was most proud of her time as a ranch hand; she was a lover of the outdoors and found beauty in the trees, birds and scenery. This was fitting as she was also incredibly creative and artistic. She was a painter of flowers, butterflies, and hummingbirds, among other of God’s creations.

Jo was kind, giving and was known for her straight-forward approach to life. There were no grey areas with Jo who “told it like it was” and always let you know how she felt. Those who survive include her daughter, Charity (Thomas) Gordon; son, Johnathon Black; grandchildren: John Black, Jeffery Gordon and LeiAnna White and great-grandchildren: Avalyn and Melody. She is also survived by a brother, John (Kim) Speight and was preceded in passing by her mother, and an infant son, David Wiles.

Titus Funeral Home, 2000 East Sheridan Street, Warsaw is assisting the family for whom services will be held privately. A memorial gathering for friends and extended family is in the early planning stages. To leave condolences, please visit the Titus Funeral Home website at www.TitusFuneralHome.com
Read Less

Receive notifications about information and event scheduling for Joan

We encourage you to share your most beloved memories of Joan here, so that the family and other loved ones can always see it. You can upload cherished photographs, or share your favorite stories, and can even comment on those shared by others.

Posted May 03, 2020 at 09:31pm
May the hugs and love of Jesus surround all of you in the passing of Jo. Jo started out as my neighbor here at Valley Forge. When she moved to the Tigers I was able to keep on/off contact with her. I always enjoyed spending time with her. Julia Raypholtz from the Tigers feels the same and truly feels the loss of Jo and we are both saddened by the loss of her. Blessings to All of you.

Posted May 02, 2020 at 06:39am
Jo was a positive influence to me when Bob and I moved to Warsaw. Her encouragement helped me on so may days and I was blessed to have known her. May she rest peacefully with The Lord that she knew and loved, the trials of this earthly body are over, dear one.
Comment Share
Share via:
AR

Posted Apr 29, 2020 at 01:07pm
I got to know Jo a few years ago, she was a good friend of my mother, sherryl from retired tigers. Jo was the sweetest lady that would for sure tell you like it was. She will be deeply missed. Prayers to all of her family. Asa Roberts.
Comment Share
Share via:
M

Posted Apr 28, 2020 at 07:02pm
Charity we are sorry and sadden for your lost. Please know that we are praying for you and your family, that you may find some rest, strength and peace in the arms of God.
The family of Thelmer Sisco
Comment Share
Share via: 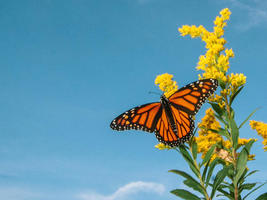