To share your memory on the wall of Jimmy Dawson, sign in using one of the following options:

Provide comfort for the family of Jimmy Dawson with a meaningful gesture of sympathy.

Jimmy was born on March 30, 1942 in David, Kentucky. He was the son of the late Earl and Josephine (Sparks) Dawson. He was a graduate of Prestonsburg High School and moved to the Warsaw area in 1962. On December 28, 1964 Jimmy was united in marriage to Janet Louise Hite. Having shared fifty years together, Janet preceded Jimmy in passing on April 24, 2014.

Jimmy was a thirty-three-year employee of Dalton Foundry. He was also a longtime member of Pentecostal Lighthouse Church and was a hard-working provider. Jimmy loved time spent with his family; they fondly remember his swims across Pike Lake, time spent at the Warsaw Speedway and his partiality for Cadillac automobiles. He was also a dog lover.

Those who survive with memories to treasure include his daughter, Becky (husband, Keith) Lowe of Warsaw and son, James (wife, Kathy) Dawson of Warsaw; brother, Johnny Dawson of Prestonsburg and sister, Sue Moore of Prestonsburg. Also surviving are five grandchildren and several great-grandchildren and great-great-grandchildren. In addition to his wife, Janet, and his parents, those who preceded him in passing include five brothers and four sisters.

A Life Celebration® has been planned with Titus Funeral Home, 2000 East Sheridan Street, Warsaw. Visitation will take place on Friday evening from 5 to 7 p.m. with the Reverend Bob Brown officiating a 7 p.m. funeral service. Burial will be in Warsaw’s Oakwood Cemetery.

Memorial gifts may made to assist with veteran’s care at the VA of Northern Indiana, Attn: Voluntary Services 2121 Lake Avenue, Fort Wayne, IN 46805. This request is in honor of Jimmy’s father-in-law, Harold Hite. Condolences may be sent to the family by visiting www.TitusFuneralHome.com

We encourage you to share your most beloved memories of Jimmy Dawson here, so that the family and other loved ones can always see it. You can upload cherished photographs, or share your favorite stories, and can even comment on those shared by others.

Posted Oct 16, 2019 at 08:52pm
Becky and family, I am so sorry to hear of your loss. You are all in my thoughts and prayers. May God send you peace and comfort during this sad time of your lives. Jody Blue
Comment Share
Share via: 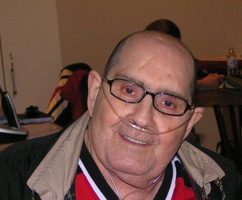