To share your memory on the wall of Janet Douglas, sign in using one of the following options:

Print
Janet A. Douglas, age 74 and a longtime Silver Lake Resident, passed away quietly on Monday, October 5, 2020 in Syracuse at Miller’s Merry Manor.

Born on January 25, 1946 in New Washington, OH, Janet was the daughter of Clyde Hiler an... Read More
Janet A. Douglas, age 74 and a longtime Silver Lake Resident, passed away quietly on Monday, October 5, 2020 in Syracuse at Miller’s Merry Manor.

Born on January 25, 1946 in New Washington, OH, Janet was the daughter of Clyde Hiler and Anna (Karl) Hiler. She attended school in New Washington at Buckeye Central High School and was married to the late Mark Douglas on December 23, 1968.

A kind, caring person with a servant’s heart, Janet had worked in nursing home care while in Ohio. Locally, she worked for Warsaw Community Schools Administration though her primary focus was on her family. She was a loving, kind-hearted woman with a strong faith in Christ and was a longtime parishioner at Saint Robert Bellarmine Church in North Manchester. She liked to garden, caring for both flowers and vegetables and is remembered for her cooking; true to form, she always made sure others were fed.

Titus Funeral Home of Warsaw has been trusted with Janet’s funeral care. Services will be scheduled later in Ohio with burial in Nevada Cemetery. Memorial gifts may be directed to St. Robert’s Catholic Church, 1203 IN-Hwy 114, North Manchester, IN 46962, while written condolences may be left at www.TitusFuneralHome.com
Read Less

Receive notifications about information and event scheduling for Janet

We encourage you to share your most beloved memories of Janet here, so that the family and other loved ones can always see it. You can upload cherished photographs, or share your favorite stories, and can even comment on those shared by others.

Posted Oct 19, 2020 at 09:37am
hi jodie,
so sorry to hear about your mother. she was so warm and kind to everyone. i knew her first as a friend to deanna ginter but
i just loved your mother for herself.
when you have a mom like yours this is a wonderful memory to have thru the years. i'll pray for you and your family.
love rhonda hart
Comment Share
Share via: 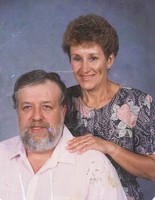