To share your memory on the wall of James J. Nowak, sign in using one of the following options:

Provide comfort for the family by sending flowers or planting a tree in memory of James J. Nowak

Provide comfort for the family by sending flowers or planting a tree in memory of James J. Nowak

Jim, as most knew him, was born on January 4, 1951 in South Bend. He was the son of Joseph and Joyce (Goss) Nowak and was a proud graduate of Marian High School in Mishawaka. He was a lifelong learner, completing his undergraduate education at Tri-State University and later earning a Master’s in business from Notre Dame University.

Professionally, Jim was in banking, retiring in January 2016 after dedicating more than 24 years to Lake City Bank and having spent more than twelve years with First National Bank before that. He loved numbers and was a wiz with math. He was also kind and caring, helping many people with their taxes at no charge. His compassion showed in everything he did including his service to the boards of Bowen Center, Beaman Home, YMCA, United Way and several others. He was detail oriented, quick witted and kind.

More personally, Jim was a proud veteran of the United States Air Force. He coached bowling for many years and enjoyed golfing and target shooting. He was a die-hard Notre Dame Football fan and was the host of Chili Saturday – a gathering of friends and family held on the weekend of the first home game. He was strong in his faith and his faith was very important to him; he was a longtime member of Sacred Heart Catholic Church.

On September 9, 1972, Jim was united in marriage to Linda Parrish; they spent more than forty-seven years together before his Thursday morning passing. Also surviving are their two children: Paul (Kate) Nowak and Jennifer (Bryan) Garrett and five grandchildren: Dylan Rose; Maddie Nowak; Jacob Nowak; Carlee Rose and Sam Nowak – all of Warsaw. Also surviving is his sister, Jo Ellen (Stephen) Miller of South Bend. He was preceded in death by his parents, Joseph and Joyce Nowak.

Jim’s Life Celebration® is entrusted to Titus Funeral Home where visitors will be welcomed on Saturday, June 13, 2020 from 10 a.m. until Noon. Military honors will be in Warsaw's Oakwood Cemetery following the memorial gathering and will be presided over by members of American Legion Post 49 and VFW Post 1126.

Memorial gifts may be directed to Sacred Heart Catholic Church and School, 135 N. Harrison Street, Warsaw, IN 46580 or to The Beaman Home, PO Box 12, Warsaw, IN 46581. Written condolences may be sent to the family through Titus Funeral Home at 2000 East Sheridan Street, Warsaw or online via their website at www.TitusFuneralHome.com

The insignias listed here may be subject to copyright and/or trademarked. Those copyrights and trademarks are owned by the respective organizations.

We encourage you to share your most beloved memories of James J. Nowak here, so that the family and other loved ones can always see it. You can upload cherished photographs, or share your favorite stories, and can even comment on those shared by others.

David and MaryJo sent flowers to the family of James J. Nowak.
Show you care by sending flowers

Posted Jun 11, 2020 at 10:59pm
Linda and Family,
May you find strength, peace and comfort in your memories. With Sympathy.
Renee and Jim Guy
Comment Share
Share via:
LH

Posted Mar 23, 2020 at 01:21pm
Deepest condolences to Jim’s family from a high school classmate from
Marian High School. Many prayers are being said for all of you to bring peace during this heartbreaking time.
Laurie Kuhn Highfield, Class of 1969
Comment Share
Share via:
RH

Posted Mar 22, 2020 at 11:57am
hi linda and family,
may the Lord comfort you all in this moment. I wish I could be there to put my arms around you all.
jim and you, linda have always been there for me thru the years. I have such fond memories of working with you linda and
visiting and playing cards with the whole gang from the store. jim was always the cool headed comfort to everyone and he will
be sorely missed. blessings to you all Rhonda hart
Comment Share
Share via:
ST

Posted Mar 22, 2020 at 07:50am
Linda and family - keeping you in our thoughts and prayers during this difficult time and offering our sincere sympathy on your loss.
Susan and Greg Turner
Comment Share
Share via:
DM

Posted Mar 21, 2020 at 07:03pm
Our thoughts and prayers are with you. We hope to be part of the get together in celebrating Jim's life. Be sure to let us know. 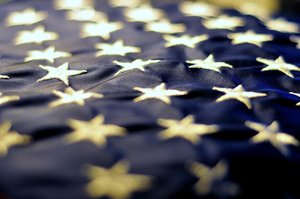 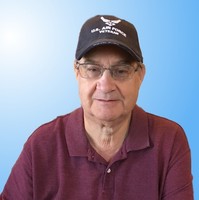