To share your memory on the wall of James R. Marsillett, Jr., sign in using one of the following options:

Provide comfort for the family by sending flowers or planting a tree in memory of James R. Marsillett, Jr.

Provide comfort for the family of James R. Marsillett, Jr. with a meaningful gesture of sympathy.

James was born in Warsaw at Murphy Medical Center on July 15th, 1974. He was the son of James R. Marsillett Sr. and Mary A. (Bean) Marsillett. He was a 1993 graduate of Triton High School and went on to work at both Biomet and Zimmer. He was currently the plant manager of J & B Pallet Company of Warsaw where he worked alongside his family.

Family was very important to James; he was friendly to anyone he met but family held a special place in James’ life. He was kindhearted and outgoing, rarely knowing a stranger. He was also fiercely loyal and had a remarkable sense of humor. He was a diehard Colts Football fan and enjoyed winding down with Xbox games. He liked to try his luck at Blue Chip along with playing Bingo every Thursday at the North Webster American Legion Post #253. As family was everything to him, a friendly game of cards with his family meant so much more – a Sunday ritual which he cherished.

A Life Celebration® has been planned with Titus Funeral Home, 2000 E. Sheridan Street, Warsaw where visitation will take place on Sunday, November 3, 2019 from Noon until 4 p.m. On Monday at 11 a.m., Dr. Ron Manahan will officiate James’ service with burial following in Warsaw’s Oakwood Cemetery.

Memorial gifts may be directed to the Riley Hospital for Children Foundation, 30 South Meridian Street, Suite 200, Indianapolis, IN 46204. Condolences may be left at www.TitusFuneralHome.com.

We encourage you to share your most beloved memories of James R. Marsillett, Jr. here, so that the family and other loved ones can always see it. You can upload cherished photographs, or share your favorite stories, and can even comment on those shared by others.

The Lucy Dockery Family, Richard & Veronica Applegate, and others have sent flowers to the family of James R. Marsillett, Jr..
Show you care by sending flowers

Posted Nov 03, 2019 at 12:22pm
Please accept our most heartfelt sympathies for your lossour thoughts are with you and your family during this difficult time.

Posted Nov 02, 2019 at 10:18am
Wishing you peace to bring comfort, courage to face the days ahead and loving memories to forever hold in your hearts. Thoughts & prayers are with you

Posted Nov 01, 2019 at 05:11pm
James, Mary, and entire Marsillett family, May God surround you all with comfort and peace during this time. Our thoughts and prayers are with you!!

Flowers were purchased for the family of James R. Marsillett, Jr.. Send Flowers

We are so sorry to hear about James. Our fond memories of him at bingo will forever live on. You are in our thoughts and prayers. 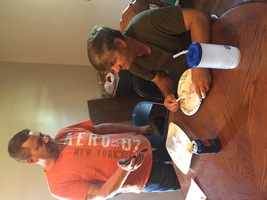 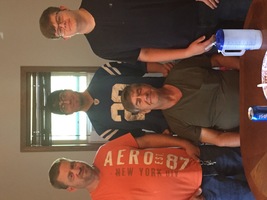 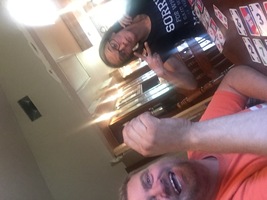