To share your memory on the wall of Hunter Schubert, sign in using one of the following options:

Hunter liked sports of all kinds and was a huge Colts football fan. He played football while attending Snider HS and loved music of all types. He was incredibly smart and enjoyed games like chess and strategy games on his phone. He also enjoyed video games like Call of Duty and Ghost Recon and Star Wars. He had a good sense of humor and enjoyed comedians like Jeff Dunham and Gabriel Iglesias.

A Life Celebration® is planned with Titus Funeral Home, 2000 East Sheridan Street in Warsaw. Visitors are welcome between 4 and 8 p.m. on Friday, January 10, 2020. Pastor Josh King of Brookside Church will officiate Hunter’s funeral on Saturday at 11 a.m. in the funeral home.

Receive notifications about information and event scheduling for Hunter

We encourage you to share your most beloved memories of Hunter here, so that the family and other loved ones can always see it. You can upload cherished photographs, or share your favorite stories, and can even comment on those shared by others.

Janae & Jonathon McCullough, Wabash Bowen Center Staff, and other have sent flowers to the family of Hunter Schubert.
Show you care by sending flowers

Flowers were purchased and a memorial tree planted for the family of Hunter Schubert. Send Flowers

Posted Jan 09, 2020 at 08:15am
Rebecca-Your Snider family is praying for you and your family. Let the great memories of your sweet boy comfort you during this difficult time.

Posted Jan 08, 2020 at 12:19am
Our son, Zane (AZ) became friends with Hunter in the 6th grade, I can still remember Hunter sitting next to the fire while having a sleep over and he kept jumping up singing, Up Town Funk because that was the latest song he learned in band. He kept cracking jokes and making us all laugh. We will all miss him so much. Zane was so happy when Hunter moved back. He would see him almost everyday in the halls at school and Hunter always had something funny to say. He was always a sweet and kind boy who always gave me a hug and shook my husbands hand. Zane will miss hanging out with him. We love you Hunter and miss you dearly!!!
Comment Share
Share via:
S(

Posted Jan 07, 2020 at 11:31pm
Our deepest sympathy for your loss. We will truly miss Hunter. His jokester ways will forever be with us. Love, Zane Simzyk, Sean Ross and Family 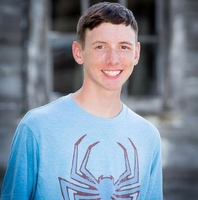 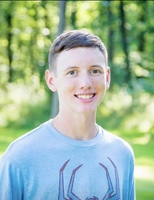