To share your memory on the wall of Helen Gutwein, sign in using one of the following options:

Print
Helen Gutwein, age 95 of Warsaw, passed away quietly on Thursday, January 9, 2020 in Kosciusko Community Hospital. She was born in Schowe, Yugoslavia on December 30, 1924 and was the daughter of Michael Haller and Elisabeth (Werle) Haller.

Helen Gutwein, age 95 of Warsaw, passed away quietly on Thursday, January 9, 2020 in Kosciusko Community Hospital. She was born in Schowe, Yugoslavia on December 30, 1924 and was the daughter of Michael Haller and Elisabeth (Werle) Haller.

Helen was a longtime member of St. Mark’s Lutheran Church near Cleveland where she and her husband, Jakob made their home for many years. Moving to Kosciusko County in 1999, they transferred their membership to Redeemer Lutheran Church in Warsaw. She was a lover of animals, especially dogs and was always sure to have enough food for the birds and squirrels. She is remembered for her giving nature and both her cooking and baking skill, always sharing the fruits of her labor with others. She was a proud homemaker and a fine seamstress, even making her daughter’s clothes when she was younger.

On April 29, 1950, Helen was united in marriage to the late Jakob Gutwein Jr. The pair would share more than 67 years together before his passing. Those who survive with memories to cherish include daughter, Lori (Don) Wilka of Russiaville; son, Manny (Sue) Gutwein of Aurora, Ill.; granddaughters, Nicole (David) Porter of Winona Lake and Adrienne Miller of Noblesville; grandsons: Eric (Meghan) Wilka of Opelika, AL, Matt (Katie) Gutwein of Downers Grove, Ill. and Jason (Jo) Gutwein of Westmont, Ill. and nine great-grandchildren.

Friends may join family for a time of visitation at Redeemer Lutheran Church, 1720 East Center Street in Warsaw on Saturday, January 18th from 10 to 11 a.m. At 11 a.m., Reverend Michael Mueller will officiate a funeral which celebrates Helen’s life. Burial will follow in Warsaw’s Oakwood Cemetery. Titus Funeral Home is assisting the family.

Memorial gifts may be directed to Redeemer Lutheran Church, 1720 East Center Street, Warsaw, IN 46580 with condolences left online at www.TitusFuneralHome.com.

Receive notifications about information and event scheduling for Helen Gutwein

We encourage you to share your most beloved memories of Helen Gutwein here, so that the family and other loved ones can always see it. You can upload cherished photographs, or share your favorite stories, and can even comment on those shared by others. 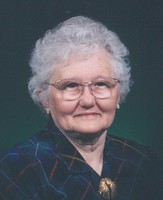