To share your memory on the wall of Gene England, sign in using one of the following options:

Provide comfort for the family of Gene England with a meaningful gesture of sympathy.

Print
Gene Junior England, known to most as “Junior,” passed away unexpectedly at home in Pierceton on Wednesday, January 8, 2020. He was the son of Orval Gene England and Bonnie (Schumaker) England.

Junior had worked in production, both ... Read More
Gene Junior England, known to most as “Junior,” passed away unexpectedly at home in Pierceton on Wednesday, January 8, 2020. He was the son of Orval Gene England and Bonnie (Schumaker) England.

Junior had worked in production, both in RVs and in boat building. He also worked for Dalton Foundry. He is remembered for his good sense of humor and his love for practical jokes. Perhaps more tender inside than some might judge him to be, he loved children and animals – especially dogs. His dog, Whiskey survives.

Memorials may be made to his final expenses at the funeral home. Condolences may be left by visiting their website at www.TitusFuneralHome.com
Read Less

We encourage you to share your most beloved memories of Gene here, so that the family and other loved ones can always see it. You can upload cherished photographs, or share your favorite stories, and can even comment on those shared by others. 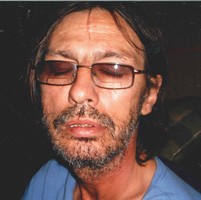 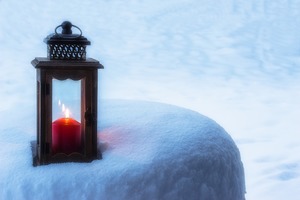