To share your memory on the wall of Gelenia Young Smith, sign in using one of the following options:

Provide comfort for the family of Gelenia Young Smith with a meaningful gesture of sympathy.

She was born in Marshall County on December 31, 1939 and was the daughter of Bernard and Phyllis (Davis) Young. Although she held several positions throughout her life, most people would associate Jill with careers at Dytronics, C&I and Zimmer where she worked as a machinist. Known as a hard worker, most recently she worked for Martin Financial.

On December 3, 1979, Gelenia was united in marriage to John F. Smith. Together they shared nearly forty years before his passing in 2015. They were both active in Kosciusko County Saddle Club, Frances Slocum Trail Riders and enjoyed riding horses. Jill was strong willed, independent and had a heart for children. She was passionate about teaching children to ride and spent many weekends hauling both the horses and their riders to 4H events, barrel races, and other equestrian events.

Jill also enjoyed camping and was a proud member of VFW Auxiliary - Post 1126, Fraternal Order of Eagles, Loyal Order of Moose and American Legion Auxiliary – Post 49; many of these things she shared with her late husband. Jill enjoyed sewing, crafting, embroidery and crochet. As a member of Liberty Sewing Circle, she supported the troops and veterans’ organizations with her sewing projects.

A funeral service, officiated by Pastor Carl Adams of Cowboy Church in the Meadows, will be held at Titus Funeral Home, 2000 East Sheridan Street, Warsaw on Saturday, March 23rd at 2 p.m. Visitation will be held for two hours prior, beginning at Noon.

Donations are being accepted for: MAGICAL MEADOWS INC.

We encourage you to share your most beloved memories of Gelenia Young Smith here, so that the family and other loved ones can always see it. You can upload cherished photographs, or share your favorite stories, and can even comment on those shared by others.

John and Katie Hudak sent flowers to the family of Gelenia Young Smith.
Show you care by sending flowers

Posted Mar 22, 2019 at 10:06am
Our most heartfelt sympathies for your loss... Our thoughts and prayers are with you and your family during this difficult time.

Flowers were purchased for the family of Gelenia Young Smith. Send Flowers 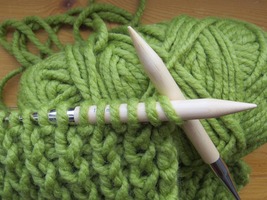 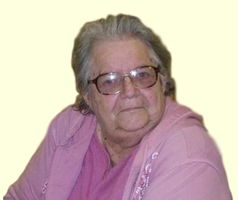