To share your memory on the wall of Frances Ross, sign in using one of the following options:

Provide comfort for the family of Frances Ross with a meaningful gesture of sympathy.

Print
Frances Ross, age 82 and a resident of Warsaw, passed away quietly on Friday, August 23, 2019 at 7:42 p.m. in Warsaw at Paddock Springs Senior Living.

Born on November 10, 1936 in Indianapolis, she was the daughter of Lloyd Jay and Elsi... Read More
Frances Ross, age 82 and a resident of Warsaw, passed away quietly on Friday, August 23, 2019 at 7:42 p.m. in Warsaw at Paddock Springs Senior Living.

Born on November 10, 1936 in Indianapolis, she was the daughter of Lloyd Jay and Elsie (Reynolds) Jay. She graduated from high school in the Indianapolis area and eventually moved to Kosciusko County where she raised her four sons.

Frances was a loving mother and a devoted companion. She was a longtime member of Pierceton’s American Legion Auxiliary and a former member of the Moose Lodge. She was an avid reader and enjoyed sleuth and detective television shows. She was a caretaker by nature and worked for Cardinal Center as a teacher for several years.

Those who survive include her companion of more than thirty years, John Gagen of Warsaw; sons, Jay Ross (Janessa Gerber) of Bloomington and Troy Ross of Argos and stepdaughter, Lori Mummert of Amboy, IN. Several nieces and nephews also survive. Her parents and sister, Patricia Addair, preceded her in passing. Also preceding her are two sons: Mark Ross and Keith Ross and her ex-husband with whom she remained friends, Harold Ross.

Friends may join family for a time of visitation at Titus Funeral Home, 2000 East Sheridan Street, Warsaw on Thursday, August 29th for two hours prior to the Noon funeral service. Burial will follow in Oakwood Cemetery, Warsaw.

Memorial gifts would be appreciated by the family and may be directed to American Foundation for Suicide Prevention, 120 Wall Street, 29th Floor, New York, NY 10005. Condolences may be sent by visiting www.TitusFuneralHome.com
Read Less

Receive notifications about information and event scheduling for Frances

We encourage you to share your most beloved memories of Frances here, so that the family and other loved ones can always see it. You can upload cherished photographs, or share your favorite stories, and can even comment on those shared by others. 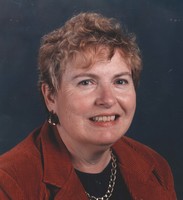