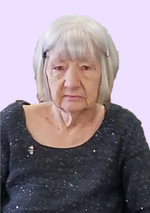 Elaine C. Bell, a resident of Warsaw, Indiana, passed away on Wednesday, January 9, 2019 at 9:15 p.m. in Miller’s Merry Manor, Warsaw. Surrounded by those she loved, Elaine was 90 years old at the time of her passing.

Born on November 27, 1928 in Indianapolis, Elaine was the daughter of Arden and Emelia (Horn) Ober. She attended Arsenal Technical High School in Indianapolis and earned a degree in journalism from Butler University.

Elaine was united in marriage to James R. Bell on May 10, 1947. Together, the pair spent nearly fifty years creating memories. They co-owned Business Equipment Company and lovingly raised a family of four children, all of whom survive. Her husband, James, preceded her in passing on February 16, 1995.

In addition to their family business, Elaine worked as a photo journalist and a features writer for the Times Union. She was also a freelance contributor to many other publications and worked as a wedding photographer. She was President of the Women’s Press Club of Indiana, a longtime volunteer with Cardinal Services and performed with the Cardinal Services hand bell choir, traveling to Washington D.C. She was family oriented and both proud and supportive of her children and grandchildren.

Friends and family will gather at Titus Funeral Home, 2000 East Sheridan Street, Warsaw, on Sunday, January 13th for visitation from 1 to 4 p.m. A funeral service, officiated by Certified Funeral Celebrant, Sharon Brockhaus, will be held on Monday at 11 a.m. in the funeral home. Her committal in Warsaw’s Oakwood Cemetery will be private.

Memorial gifts may be given to the Cardinal Services, 504 North Bay Drive, Warsaw, IN 46580 or to the Greater Indiana Chapter of the Alzheimer’s’ Association, 6324 Constitution Dr. Fort Wayne, IN 46804.