To share your memory on the wall of Edward Teune, sign in using one of the following options:

Provide comfort for the family of Edward Teune with a meaningful gesture of sympathy.

Born in Cicero, Illinois on June 30, 1946, Ed, as most knew him, was the son of John and Ruth (Huisenga) Teune. He was one of six children and graduated from Calvin College in Grand Rapids, Michigan where he earned a Bachelor’s in education.

Ed was an honorably discharged veteran of the United States Army, having earned the rank of specialist fourth class. He entered service to our country on November 20, 1968 in Chicago and was discharged on June 23, 1970 from the personnel center in Oakland, California.

Professionally, Ed was the thirty-three-year owner/operator of Masonry Foam Insulation, Inc. He was a member of American Legion Post 36, Rochester and a member of Christ’s Covenant Church. He enjoyed fishing, and time spent visiting with friends and family. He enjoyed driving, taking in the sights and found a sideline in his retirement delivering trailers for Horizon Transport.

Friends may join family for visitation at Titus Funeral Home, 2000 East Sheridan Street, Warsaw, on Monday, August 26th from 3 to 7 p.m. On Tuesday, a Life Celebration service will be officiated by Pastor Rod Valentine of Christ’s Covenant Church at 11 a.m. in the Church with visitation again for one hour prior. Burial will follow in Oakwood Cemetery, Warsaw. Military honors will be conducted by members of American Legion Post 49 and by active-duty members of the United States Army.

We encourage you to share your most beloved memories of Edward here, so that the family and other loved ones can always see it. You can upload cherished photographs, or share your favorite stories, and can even comment on those shared by others.

Bernadette Kosins and Family, Scott Mee, and others have sent flowers to the family of Edward Teune.
Show you care by sending flowers

We remember Ed as a very friendly and kind-hearted cousin who would frequently visit my elderly parents when traveling on business near Palos Heights, dropping by to see an elderly Uncle Pete and Aunt Sophie to say hello and see how they were doing. Our thoughts and prayers are with you and your family.

Posted Aug 28, 2019 at 03:22pm
Dear Jean, Although I did not know your husband, I do have many happy thoughts of your friendship and visits when your Mother lived at Peabody. May you know God's peace and comfort today and the days ahead. With caring and prayers, Shirley Williams
Comment Share
Share via:

Posted Aug 28, 2019 at 07:15am
So sorry for your loss. I pray you feel God's peace and comfort at this time. Sincerely, Miss Linda M. Shull.
Comment Share
Share via:
R

Posted Aug 27, 2019 at 05:02pm
So sorry for your loss. Kennedie is upset to hear about his passing. Many prayers to the family

Posted Aug 27, 2019 at 02:41pm
We were not able to come to the calling or funeral ... but we wanted you to know that we LOVED Ed and so appreciated his friendliness to us at Christ's Covenant Church. He made every Sunday brighter! We will miss him so much.
Doug and Lynelle Vogel
Comment Share
Share via: 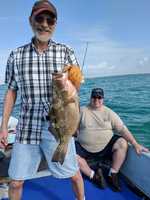