To share your memory on the wall of Edith Stephenson, sign in using one of the following options:

Print
Edith Irene Stephenson, formerly of Chapman Lake and of Lagro, passed away quietly on Friday, July 10, 2020 at Grace Village Healthcare in Winona Lake. She was 95 years old.

Born on March 28, 1925 in Huntington, Edith was the daughter o... Read More
Edith Irene Stephenson, formerly of Chapman Lake and of Lagro, passed away quietly on Friday, July 10, 2020 at Grace Village Healthcare in Winona Lake. She was 95 years old.

Born on March 28, 1925 in Huntington, Edith was the daughter of the late Guy Vernon and Stella May (Keister) Kester. She attended school in Largo, graduating from Lagro High School with the class of 1943. On April 25, 1948, Edith was married to the late Charles Stephenson. Together the two shared nearly sixty years before his passing in 2007.

Edith is remembered for her gregarious personality, her wit and her kindness. She was a longtime member of Largo Presbyterian Church where she was highly active; she was the first female elder in the Wabash Valley Synod. She was also a former member of the Order of the Eastern Star, an avid gardener and a skilled baker of pies. Professionally, Edith co-owned and operated Stephenson Grocery and General Store with her husband; they retired in 1985 to Warsaw’s Chapman Lake.

Edith’s care and arrangements have been entrusted to Titus Funeral Home, 2000 East Sheridan Street, Warsaw. Burial will take place privately in Lagro Cemetery. Condolences may be left for the family at www.TitusFuneralHome.com
Read Less

Receive notifications about information and event scheduling for Edith

We encourage you to share your most beloved memories of Edith here, so that the family and other loved ones can always see it. You can upload cherished photographs, or share your favorite stories, and can even comment on those shared by others.

Posted Jul 17, 2020 at 06:01pm
My condolences to Edith's family. I remember Edith leading Bingo. She was such an active leader. May you all know the Lord's peace and comfort.
Chaplain Bryan Benjamin
Comment Share
Share via: 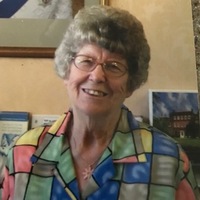