To share your memory on the wall of Doug Brumfield, sign in using one of the following options:

Provide comfort for the family of Doug Brumfield with a meaningful gesture of sympathy.

Print
Douglas K. Brumfield, Sr., a true American and devoted patriot, passed away unexpectedly in Indianapolis at IU Methodist Hospital on July 30th, 2018. Doug, known to many as “Sarge” or “Brummy” turned 70 this year.

Doug was born o... Read More
Douglas K. Brumfield, Sr., a true American and devoted patriot, passed away unexpectedly in Indianapolis at IU Methodist Hospital on July 30th, 2018. Doug, known to many as “Sarge” or “Brummy” turned 70 this year.

Doug was born on April 10, 1948. He was the son of Robert “Bob” Brumfield and Margaret “Muggsie” (Moon) Brumfield. Born in Warsaw, Doug spent his entire life here and was a 1966 graduate of Warsaw High School. As a young man, Doug worked at Warsaw Cut Glass and also worked as a commercial painter, helping to paint Chinworth Bridge.

During his school days, Doug had served as a hall monitor and volunteered with KEMRAD. After graduating from high school, he took a job as an emergency dispatcher and found himself led to a career in law enforcement. Doug served as a Military Policeman in the United States Army; he enlisted in March of 1968, spending two years stationed in Stuttgart, Germany. Honorably discharged from active duty status in 1971, Doug made his way home to Warsaw where he accepted a position with Warsaw City Police Department.

In his 34-year career, Doug earned numerous service awards and honors including commendations from the mayor in both 1984 and 1995, Optimist Law Enforcement Award in 1984, the Veterans of Foreign Wars Police Officer of the Year in 1995 and the Order of Kosciuszko Award in 2005.

Doug was an unwavering friend who always had “your six,” as he would say. He loved to draw and sketch, even finishing his children’s school art projects on occasion. He enjoyed sending hand written notes to friends and family. He had a good sense of humor and enjoyed razzing those he liked best. Following any snow storm, you could find Doug plowing many businesses and driveways around the community. Doug was also a member of the Warsaw American Legion, Post 49.

Receive notifications about information and event scheduling for Doug Brumfield

We encourage you to share your most beloved memories of Doug Brumfield here, so that the family and other loved ones can always see it. You can upload cherished photographs, or share your favorite stories, and can even comment on those shared by others.

Posted Aug 08, 2018 at 12:00am
Thanks Doug for all the smiles and laughs you gave me through the years!! You are one special man and I know you will be missed by many.
Comment Share
Share via:
CF

carol and wayne fryer,lakeland florida.tom and family,so sorry to hear of doug's passing.we are saying a prayer for you tom and family at this very difficult time.

Posted Aug 07, 2018 at 12:00am
sorry to hear of doug's passing.we are saying a prayer for you tom and family at this very difficult time.
Comment Share
Share via:
MS 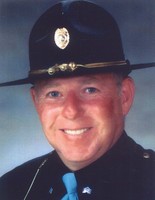 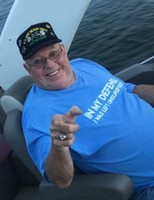