To share your memory on the wall of Dorothy Poor, sign in using one of the following options:

Provide comfort for the family of Dorothy Poor with a meaningful gesture of sympathy.

On January 31, 1948, she married David B. Poor who also preceded her in death. She was preceded by a sister, Berneice Mac Neill of Welland, Ontario and a son-in-law, Terry Miller of Convoy, Ohio.

Dorothy grew up in Detroit, Michigan and graduated from Wayne University, majoring in social studies education. Much later she earned a master's degree from Saint Francis College in reading education, Dorothy taught elementary social studies in the Detroit Public School System for 7 years before relocating to Warsaw, Indiana with her family in 1954.

Throughout the years, Dorothy was active in her community as a Girl Scout leader and a member of the First United Methodist Church and its ladies circle. She was also a member of Kosciusko County Historical Society, Warsaw Reading Club, and a charter member of the Live and Learn Extension Homemaker Club. She had volunteered with the American Red Cross and for Kosciusko Community Hospital. She particularly enjoyed being part of the "Boot Scooters" line dancers and performing at various local events.

Dorothy liked to travel, garden, and read, and especially loved her dogs Sheena, Christopher, and Hawkeye. She was a proud and loving grandmother to her granddaughters.

Funeral services will be held at 1 p.m. on Friday February 22nd at Titus Funeral Home. Friends will be received at the funeral home from 4 - 7 p.m. on Thursday February 21st and for one hour prior to the service. Final resting place will be at Oakwood Cemetery.

Memorial gifts may be given to First United Methodist Church, Warsaw or to Animal Welfare League of Kosciusko County. Condolences may be left at www.TitusFuneralHome.com.
Read Less

We encourage you to share your most beloved memories of Dorothy here, so that the family and other loved ones can always see it. You can upload cherished photographs, or share your favorite stories, and can even comment on those shared by others.

Nicholas Ovenhouse and Jana Tatum and Ginny Bluhm have sent flowers to the family of Dorothy Poor.
Show you care by sending flowers

Guaranteed hand delivery by a local florist
NO

Posted Feb 19, 2019 at 09:05pm
My deepest condolences to the Poor family, you're all in my thoughts. Big hugs to Allison and Erin.
Comment Share
Share via:
MR

Posted Feb 19, 2019 at 08:03pm
Condolences to Margie Miller and her family from the family of Bernice Ratliff. Bernice would like to attend in person, but can not due to her health.
Comment Share
Share via:
HS

Flowers were purchased for the family of Dorothy Poor. Send Flowers 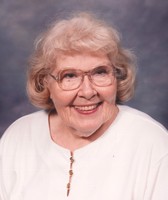