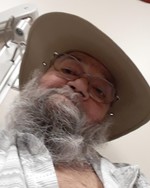 Dennis Ray Shreve, known by most as “Denny,” passed away on Thursday, September 5, 2019 at 7:09 a.m. in his Silver Lake home surrounded by his loving family. He was 65 years old.

Born on September 10, 1953 in Noblesville, Indiana, Dennis was the son of Raymond and Virginia (Heiny) Shreve. He attended Anderson High School and spent much of his life in Madison County before moving to Koscisuko County for work.

Denny was married to Louanna “Lucy” Modlin on April 12, 2005 though the couple shared nineteen years before his Thursday morning passing. He was the father to three daughters and was blessed with eight grandchildren and a great-grandchild. He truly enjoyed his time with family at cookouts, fishing, camping, and riding the four-wheeler. He liked woodcarving, photography, oatmeal cookies with coffee, Westerns, and Blues Music.

He was a joy to be around as he was a jokester, caring, funny, artistic, creative, loving, friendly and compassionate. He was also a hard worker having worked on a trash truck, in a slaughterhouse and later spending more than thirty years in management for American Cargo, Bison, Cargo Master and other area manufacturers.

Those who survive with memories to cherish include his wife: Lucy Shreve; daughters, Mandy McKay of Anderson, Staci (Ron) Bashop of Columbia City and Jennifer (Lee Davis) Shreve of Claypool; mother, Virginia Lee; sisters, Raymona Parkhurst of Anderson and Ruby Jean Johnston of Indianapolis and brothers, Rusty (Kandi) Shreve of Lorida, Florida and Roger Shreve of Anderson. Also surviving are eight grandchildren: Logan, Tyler, Rileigh, Braden, Cassidy, Carson, Amelia and Teagan; one great-grandchild, Zakai; along with several nieces and nephews. He was preceded in passing by his father and sister, Phyllis.

Friends may join the family for a time of visitation and sharing at Titus Funeral Home, 2000 East Sheridan Street, Warsaw, on Sunday, September 8th from 2 to 5 p.m. Pastor Kent Modlin, Denny’s brother-in-law, will officiate his life celebration in the funeral home on Monday, September 9th at 2 p.m. There will be a time for visitation for one hour prior to the service, also.

Condolences may be left by visiting www.TitusFuneralHome.com