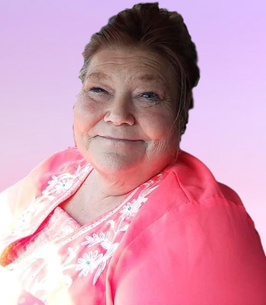 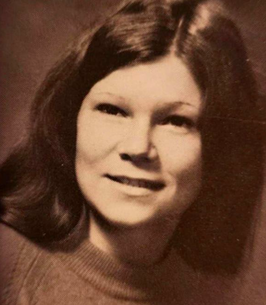 Print
Debra Jean (Menzie) Helmuth, age 61 and a resident of Bourbon, IN, passed away quietly after a brief illness on Wednesday, November 7th at 6:37 p.m. in Fort Wayne’s Lutheran Hospital of Indiana.

Debra was born in Warsaw on April 6, 1957. She was the daughter of Marlin and Garnet (Snyder) Menzie and spent most of her life in Warsaw. She was a 1975 graduate of Warsaw Community High School.

On July 2, 1983, she was wed to Phillip Helmuth in Warsaw’s First Brethren Church. United in marriage by Pastor Ken Hunn, the pair recently celebrated their 35th wedding anniversary.

Debra had worked at Kosciusko Community Hospital in housekeeping and as the switchboard operator. She was a generous, kind woman with a big, compassion-filled heart. She was selfless, always willing to help others before considering herself. She enjoyed BINGO, finding a bargain at garage sales, and listening to Christian music. Strong in her faith, she attended church at The Ruwm.

The family will receive friends at Titus Funeral Home, 2000 East Sheridan Street, on Friday, November 16th from 2-4 p.m. and 6-8 p.m. A funeral celebrating Debra’s life will be held in the funeral home on Saturday at 10 a.m. with doors open for one hour before the service. Pastor Aaron Jones of The Ruwm will officiate with burial following in Warsaw’s Oakwood Cemetery.

Those wishing to express their sympathy may do so by signing the online guestbook at www.TitusFuneralHome.com

We encourage you to share any memorable photos or stories about Debra. All tributes placed on and purchased through this memorial website will remain on in perpetuity for future generations.

RK
Dear Family,
I worked at KCH with Debra when she was a housekeeper. I am an R. N. She was always happy and efficient. I am so glad to know that she was a Christian and I will see her again. My sincere condolences as I know she will be greatly missed.
Ruth Ann King - Wednesday November 14, 2018 via Condolence Message

Dear family, It was a joy to be Debbies friend and her sister in Jesus. Her life lives on and she will be missed on this earth.
Brenda Ganshorn - Sunday November 11, 2018 via Memorial Candle

Dear family, It was a joy to be Debbies friend and her sister in Jesus. Her life lives on and she will be missed on this earth.
Brenda Ganshorn - Sunday November 11, 2018 via Memorial Candle

Rest In Peace my sweet friend I will miss ur beautiful smile love u.
Teresa Zorkan - Thursday November 08, 2018 via Memorial Candle

Rest In Peace my sweet friend I will miss ur beautiful smile love u. Teresa Zorkan
Teresa Zorkan - Thursday November 08, 2018 via Memorial Candle

Our sincerest condolences. Please know that our staff is here for you, however we may be of service.

GM
Dear Helmuth family,
Please accept my condolence and deep regrets for your loss and I'd like to share where I found hope and comfort at such a time as this when I lost my entire family to our enemy death. I found this in what I read in Jehovah Gods word the Bible at John5:28,29 for there we're told we'll see our love ones again when Jesus brings them back here on earth and Isaiah25:8 states that this enemy death will be swallowed up forever. These scriptures along with others help me cope with my loss and get through each day because now I know I'll see my love ones again and so can you. I wanted to share this with you now when hope and comfort is needed hoping that this will help you also in some way for this is my purpose in sharing this with you at this time and please know that I do share your grief and hope you'll let me know if this helped. I hope to hear from you.
Sincerely, GM
Gloria Mosley - Thursday November 08, 2018 via Condolence Message
1
Page 1 of 1
Share
×