To share your memory on the wall of David Kuhn, sign in using one of the following options:

Provide comfort for the family of David Kuhn with a meaningful gesture of sympathy.

Print
David E. Kuhn, a resident of Syracuse, passed away on Sunday, January 19, 2020 at Parkview Regional Medical Center, Fort Wayne as the result of injuries which he sustained in a motor vehicle accident. He was 52 years old.

Born on Septem... Read More
David E. Kuhn, a resident of Syracuse, passed away on Sunday, January 19, 2020 at Parkview Regional Medical Center, Fort Wayne as the result of injuries which he sustained in a motor vehicle accident. He was 52 years old.

Born on September 17, 1967 in Fort Wayne, he was the son of David M. Kuhn and Patricia A. (Burns) Kuhn. He was a graduate of Wawasee High School and went on to serve briefly in the US Air Force before receiving an honorable, medical discharge. He would go on to continue his education in the plumbing and HVAC trades, earning many certifications and licensures.

Professionally, he is most known for his time spent with Lefever Plumbing & Heating, Elkhart and Ritter Electric, Syracuse. Those that knew him personally remember him as a caring, helpful person with a passion for helping others. David received training under the CERT program which would allow him to be deployed to disaster zones if needed. He was a lover of the outdoors and enjoyed kayaking, hunting, and hiking. He was also a gun enthusiast with training in tactical weapon handling; he sought out courses to make himself a more proficient marksman and a safer gun owner.

A Life Celebration® is planned with Titus Funeral Home, 2000 East Sheridan Street in Warsaw. Friends may gather there for a time of visitation on Wednesday, January 22, 2020 from 5 to 8 p.m. Condolences may be sent to the family by visiting the Titus Funeral Home website at www.TitusFuneralHome.com.

As David was passionate about so many causes, those wishing to donate memorial gifts may do so to the charity of their choice.

We encourage you to share your most beloved memories of David here, so that the family and other loved ones can always see it. You can upload cherished photographs, or share your favorite stories, and can even comment on those shared by others.

The MLF Hatcheries, All of us at MJM Mechanical, and others have sent flowers to the family of David Kuhn.
Show you care by sending flowers

Posted Jan 22, 2020 at 11:39am
The loss of someone dear to us is never easy :( If there is anything we can do, please dont hesitate to let us know. Condolences Shelly

Posted Jan 22, 2020 at 08:20am
Rene, we send our heartfelt sympathy to you and your family. Please know you are in our thoughts and prayers.

The MLF Hatcheries purchased flowers and planted a memorial tree for the family of David Kuhn. Send Flowers

All of us at MJM Mechanical

Posted Jan 22, 2020 at 07:22am
Please accept our most heartfelt sympathies for your loss... Our thoughts are with you and your family during this difficult time.

All of us at MJM Mechanical purchased flowers for the family of David Kuhn. Send Flowers

Posted Jan 21, 2020 at 07:43pm
Pat,sorry for you loss. I can remember when he was born & visiting with your sister,Barb. Prayers for you & the whole family.
Toni Pearson Hughes
Comment Share
Share via: 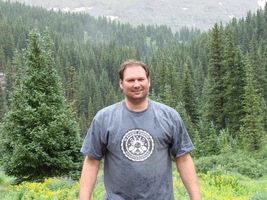