To share your memory on the wall of David Howett, sign in using one of the following options:

Print
David Lemar Howett, born April 3, 1940 in Yoe, Pennsylvania to Elizabeth and Harold Howett, entered into Heaven on August 2, 2020 at the age of 80. His passing was from Warsaw's Mason Health and Rehabilitation Center.

David’s life was ... Read More
David Lemar Howett, born April 3, 1940 in Yoe, Pennsylvania to Elizabeth and Harold Howett, entered into Heaven on August 2, 2020 at the age of 80. His passing was from Warsaw's Mason Health and Rehabilitation Center.

David’s life was characterized by his life verse I Peter 5:7 “Casting all your cares upon Him for He careth for you.” He was a 1958 graduate of Dallastown High School in Dallastown, PA and, upon graduation, enlisted in the United States Air Force. He was the chief cook for the officers and was honorably discharged from Beal AFB in Marysville, CA on October 19, 1962.

David was united in marriage to Charlotte Ann Carmack on August 14, 1964. The pair shared nearly 56 years together before his Sunday evening passing. David graduated from Grand Rapids School of Bible and Music in 1966 and the pair moved to Winona Lake where David attended Grace College, graduating in 1969. He went on to earn a master’s degree from the University of Saint Francis in 1973 while teaching Social Studies, a career he began shortly after graduation from Grace College.

David taught for Warsaw Community Schools from 1969 until his retirement in 2002. His involvement in the community he grew to love went well beyond the classroom as he was also a scorekeeper at basketball games for more than thirty years. He often worked in the concession stand during football games and was respected by his students. While teaching he also owned his own part-time business, David’s Cabinet and Service Shop. Upon retiring, he continued his cabinet business. He was a longtime member of Fellowship Baptist Church where he served as choir director, men’s Bible Study teacher, deacon and for twenty years as church treasurer.

A Life Celebration® is scheduled with Titus Funeral Home, 2000 East Sheridan Street, Warsaw where visitation will be held on Sunday, August 9th from 5 to 8 p.m. His funeral service, officiated by Pastor Layne Sumner will be held in the Funeral Home on Monday, August 10th at 11 a.m. with a second visitation for one hour prior. Burial will follow in Warsaw’s Oakwood Cemetery.

Memorial gifts may be directed to the David Howett Memorial Scholarship funds with envelopes available at Titus Funeral Home. Condolences may be left for the family via the funeral home’s website at www.TitusFuneralHome.com

Receive notifications about information and event scheduling for David

We encourage you to share your most beloved memories of David here, so that the family and other loved ones can always see it. You can upload cherished photographs, or share your favorite stories, and can even comment on those shared by others.

Kim and Scott Deeter and Taylor and Hannah Oelke, Kouts F.B.C., and other have sent flowers to the family of David Howett.
Show you care by sending flowers

Posted Aug 19, 2020 at 09:18pm
I’m sorry to hear of his passing. We were friends in high school and afterwards before he moved to Warsaw. I know he is at a great place and waiting for the rest of us. His friend always Pat Brown from Webster Texas.
Comment Share
Share via:
KO

Kim and Scott Deeter and Taylor and Hannah Oelke

Posted Aug 08, 2020 at 10:07pm
Charlotte, Liza, Chris and families, You are all in our hearts and on our minds. We are sending you all our love and prayers from Florida and Texas.

Kim and Scott Deeter and Taylor and Hannah Oelke purchased flowers for the family of David Howett. Send Flowers

Flowers were purchased for the family of David Howett. Send Flowers

Posted Aug 06, 2020 at 10:19pm
My sincere condolences to Charlotte and family. Though it's been years since I spoke to Dave, I have an abundance of great memories from my years in High School in Social Studies, but the years growing up in Fellowship Baptist. I still remember the fun we had when Dave directed the Easter Cantata. And I know for a fact when I was in high school, he was ALL the students favorite teacher by far. He made each and every one of us feel special. Our dad, George, just went on to heaven two weeks ago, so I have to think they're both looking down on their families, and can be proud. Best wishes to Dave's family. Enjoy those memories!!!
Comment Share
Share via:
RR

Posted Aug 06, 2020 at 04:46pm
I had Mr. Howett in 7th 8th and the 12th grade after his stroke. I am class of 1999. Mr. Howett was one of the best and most caring teachers. I hope his family is doing ok. He's probably in heaven talking to my dad as he had Dave too back in the 70s. My deepest condolences extend to all his family as I personally know how bad it is to lose your father. Mr Howett affected many lives for the better. May he eternally rest in peace. I will always remember him as the fun teacher who always played videos because it made us learn history in the most fun way he had available.
Comment Share
Share via: 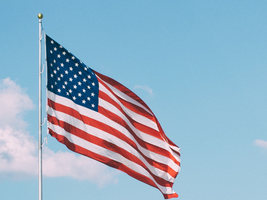 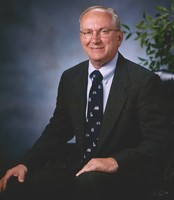