To share your memory on the wall of Darvin Lafferty, Jr., sign in using one of the following options:

Provide comfort for the family of Darvin Lafferty, Jr. with a meaningful gesture of sympathy.

Print
Darvin R. Lafferty, Jr., age 52 and lifetime resident of Warsaw, passed away on Thursday, September 5, 2019 in Fort Wayne’s Lutheran Hospital. He was the son of Darvin R. Lafferty, Sr. and the late Sharon (Mulldune) Lafferty.

Born on N... Read More
Darvin R. Lafferty, Jr., age 52 and lifetime resident of Warsaw, passed away on Thursday, September 5, 2019 in Fort Wayne’s Lutheran Hospital. He was the son of Darvin R. Lafferty, Sr. and the late Sharon (Mulldune) Lafferty.

Born on November 10, 1966 in Warsaw, Darvin was a 1985 graduate of Warsaw Community High School. He went on to earn several computer certifications and spent nearly twenty years in I.T. for RR Donnelley. He later worked for Explorer Van. Personally, he was a fairly private person who enjoyed 80’s rock and hockey, especially the Fort Wayne Komets.

Those who survive include his father: Darvin Lafferty, Sr. of Warsaw; brother, Paul (wife, Mary) Lafferty of Warsaw and sisters, Rusty Fuller of Arizona and Melody Grow of Mississippi. Also surviving are several nieces and nephews including niece, Ali Lafferty who survives locally.

Friends may join family for a graveside service on Monday, September 9, 2019 at 11 a.m. in Oakwood Cemetery, 421 North Maple Avenue, Warsaw. Visitation will be at Titus Funeral Home, 2000 East Sheridan Street, Warsaw for one hour prior to the graveside.

Condolences may be sent by visiting www.TitusFuneralHome.com
Read Less

We encourage you to share your most beloved memories of Darvin Lafferty, Jr. here, so that the family and other loved ones can always see it. You can upload cherished photographs, or share your favorite stories, and can even comment on those shared by others.

Posted Nov 10, 2019 at 09:28am
Darvin I had talked to you not long before you left about George B. ,we found one friend and now I'm one down again. I'm happy to have been your friend and I know you are in a better place now but ,you sure will be missed.
Comment Share
Share via:

Posted Sep 07, 2019 at 02:28pm
I have always been told if you have one hand full of true and loye friends you are blessed .on this day I have lossed one thank you Darven for that! I will truly miss you !! Untill we meet agen GOD speed
Comment Share
Share via:
RB 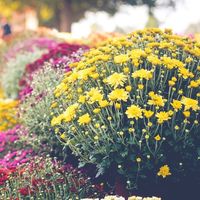